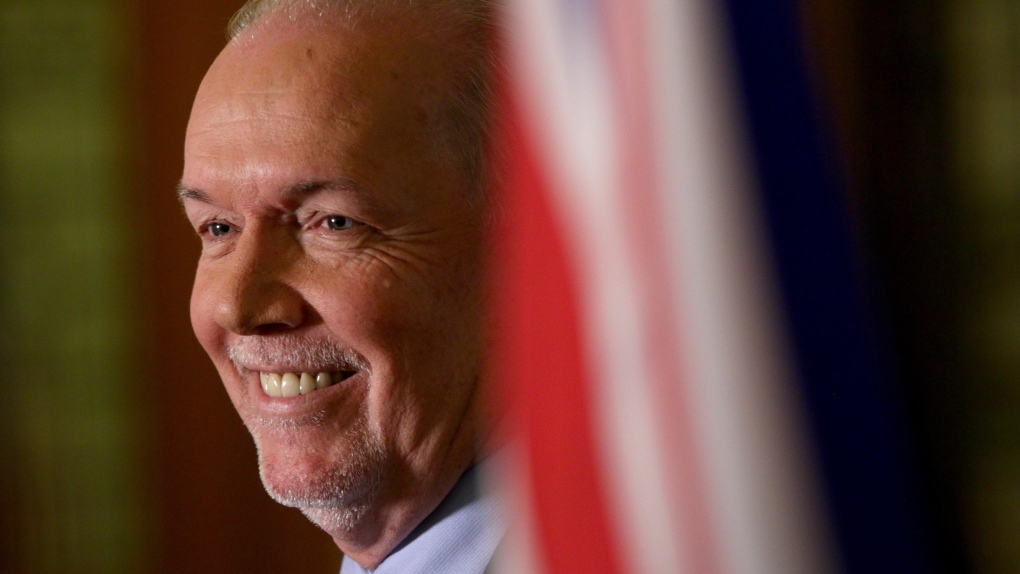 Premier John Horgan answers questions at a press conference in the Hall of Honour at B.C. Legislature in Victoria, B.C., on Monday, October 7, 2019. Horgan says it's the best of times for cannabis users in British Columbia, but they could be even better. THE CANADIAN PRESS/Chad Hipolito