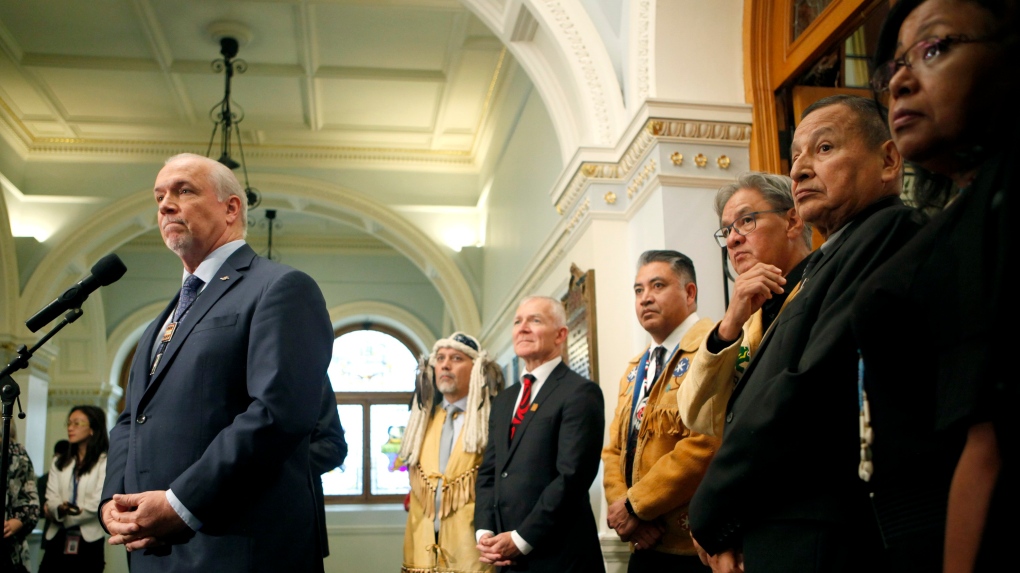 Premier John Horgan holds a press conference to announce Indigenous human rights will be recognized in B.C. with new legislation during a press conference at the provincial Legislature in Victoria, Thursday, Oct. 24, 2019. THE CANADIAN PRESS/Chad Hipolito

The bill mandates the provincial government to bring its policies and laws into harmony with the aims of the UN Declaration on the Rights of Indigenous Peoples.

Green member of the legislature Adam Olsen, from the Tsartlip First Nation, says the passage late Tuesday marks a significant milestone on the path to reconciliation.

B.C. is the first jurisdiction in Canada to begin implementing the UN declaration and some Indigenous leaders expressed fears earlier Tuesday that the bill could die on the order paper.

The First Nations Leadership Council said the bill appeared stalled in committee by continued Liberal questions and could expire when the sitting ends on Thursday.

However, the Green caucus says the Liberals participated in the unanimous vote in favour of the bill in the legislature.