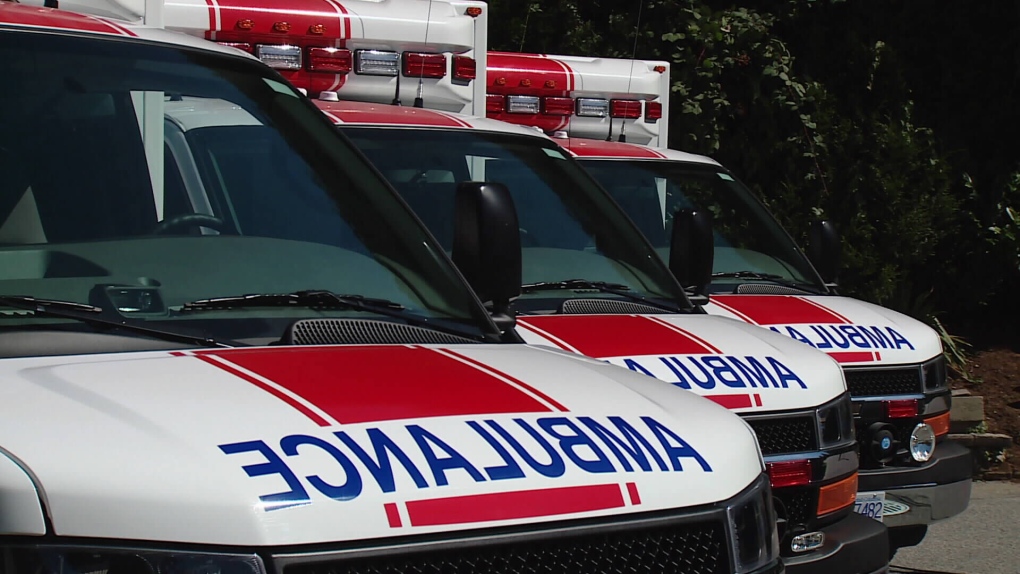 A row of B.C. ambulances is shown. (CTV)

VANCOUVER -- Paramedics in B.C. responded to a record-breaking number of overdose calls in 2020, BC Emergency Health Services says.

Emergency crews responded to 27,067 potential overdoses in the province, which was up 12 per cent over 2019.

Every health region across the province saw an increase in calls, except for the Vancouver Coastal Health region, which saw a decrease of four per cent.

"It’s hard for every paramedic who goes to those scenes," said Pat Hussey, Penticton paramedic unit chief, in a news release.

In Vancouver's Downtown Eastside, there was a decrease in calls of 14 per cent. But some rural communities, though they saw fewer calls than Metro Vancouver areas, had dramatic increases in 2020 compared to the year before.

With current levels of drug toxicity, the calls have also been more medically complex, Hussey said. For example, some calls require multiple doses of Naloxone and the patient can often have breathing and neurological complications.

By the last week of 2020, B.C. was on track for its deadliest year ever in the overdose crisis.

While final figures for December haven't been released yet, when there was still a week left in the year 1,548 people had died from an overdose in the province. The previous yearly record of illicit drug toxicity deaths was 1,549 in 2018.