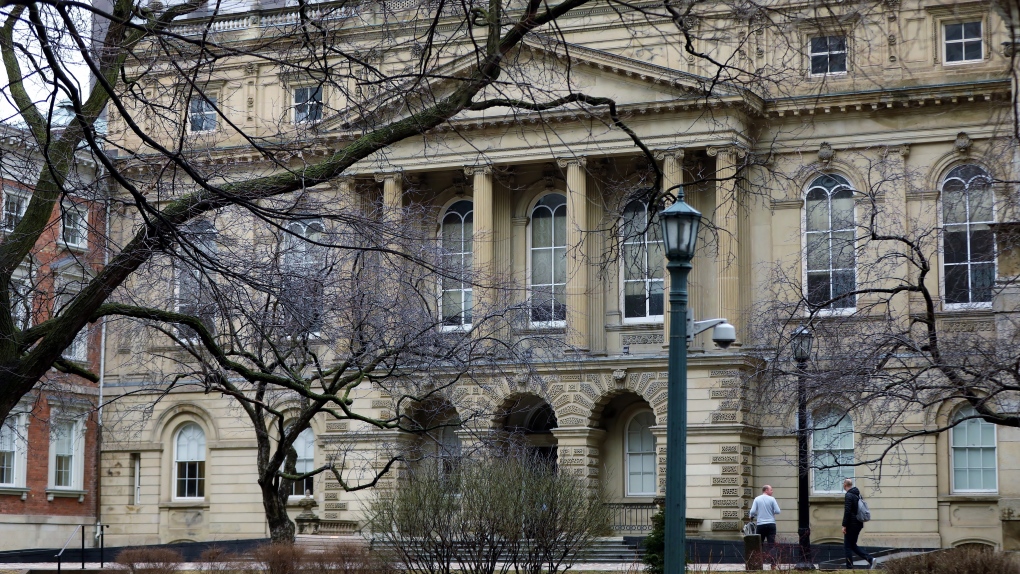 Ontario's Court of Appeal will rule on whether to send a St. Anne's residential school hearing to a B.C. judge.

TORONTO -- A bitterly fought legal battle between survivors of a brutal residential school and the federal government is slated for an appeal hearing this week over whether the case should now be moved to British Columbia from Ontario.

The underlying fight relates to a request by three survivors of St. Anne's in Fort Albany, Ont., to have their compensation cases reopened. They argue their claims were settled before Ottawa turned over thousands of relevant documents generated by a police investigation into child abuse at the school.

They also maintain the federal government is still in breach of disclosure orders made by a judge in 2014 and 2015.

The government wants the underlying case and appeal thrown out. It argues, among other things, that a 2006 agreement that ended a class action over abuse inflicted on Indigenous students forced to attend Indian residential schools bars claimants from having their compensation hearings reopened.

Ottawa also maintains the relevant court orders around disclosure barred reopening settled claims - an interpretation the courts have not ruled on.

In June, Ontario Superior Court Justice Paul Perell, who has spent years hearing the case, recused himself. Perell, the judge overseeing the residential school settlement in eastern Canada, indicated he had done so because of previous rulings in which he had been harshly critical of the survivors' lawyer, Fay Brunning.

Perell also decided Justice Brenda Brown of the B.C's Supreme Court, who has been overseeing the residential school settlement in Western Canada, should hear the claimants' case in British Columbia. He said it wouldn't make sense to task a judge unfamiliar with the class-action agreement. Brown agreed to take it on.

It's now up to Ontario's Court of Appeal to sort out the venue question.

Among residential schools in Canada, St. Anne's was particularly noxious. Students were subjected to horrific sexual and physical abuse, including being shocked on an “electric chair” to amuse supervisors and forced to eat their own vomit.

Provincial police launched an extensive four-year investigation in 1992, resulting in criminal charges against eight former supervisors and ultimately some convictions.

The claimants - known as T-00185, S-20774 and S-16753 - argue the government's initial failure to disclose tens of thousands of pages generated by the investigation as well as its withholding of other documents related to the abusers at St. Anne's despite court orders has compromised the integrity of the settlement process.

Edmund Metatawabin, a longtime activist-survivor of St. Anne's, and the three claimants from northern Ontario don't want the case moved. Instead, they want an Ontario Superior Court justice other than Perell appointed to preside over the matter.

“The courts in other provinces should not be given jurisdiction over St. Anne's matters,” Metatawabin, an Order of Canada recipient, writes in an affidavit. “It will also make it impossible for us to attend.”

For its part, Ottawa argues both Perell and Brown acted within their rights in deciding the geographical shift. In addition, Brown has previously heard several matters related to St. Anne's, the government says in its court filings.

The Assembly of First Nations disagrees with moving the case.

“If the survivors want the hearing in Ontario, then their request should be respected,” the assembly writes. “After all, the whole (compensation) process was brought about so that residential school survivors would feel that they were being heard, and for their healing and reconciliation to occur.”

This report by The Canadian Press was first published on Sept. 20, 2020.