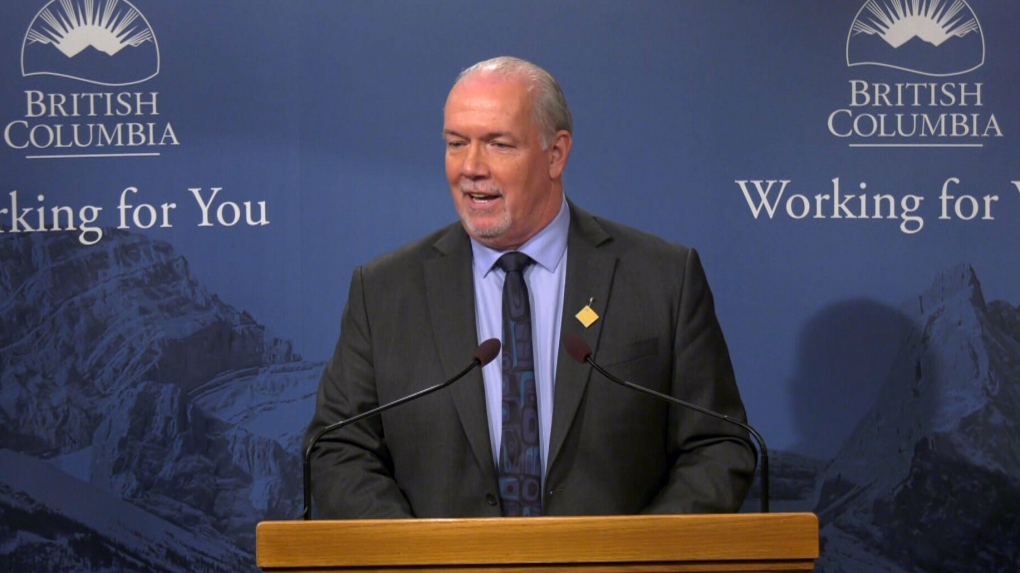 VANCOUVER -- Premier John Horgan says the government is making $5 million available for loans to help contractors who are in danger of losing their equipment due to a forest industry strike on Vancouver Island.

He says the program for struggling forest industry contractors will be available by the end of this month with bridge loans to help save equipment.

Horgan announced the funding during a speech to forest industry contractors at the annual Truck Loggers Association convention.

He spent much of his speech addressing the labour dispute between Western Forests Products and the Steelworkers union, saying the seven-month strike is unprecedented in British Columbia history.

Up to 3,000 people are out of work and local politicians in Port McNeill and Campbell River say local economies are struggling.

Horgan says he has urged both sides to negotiate a settlement.