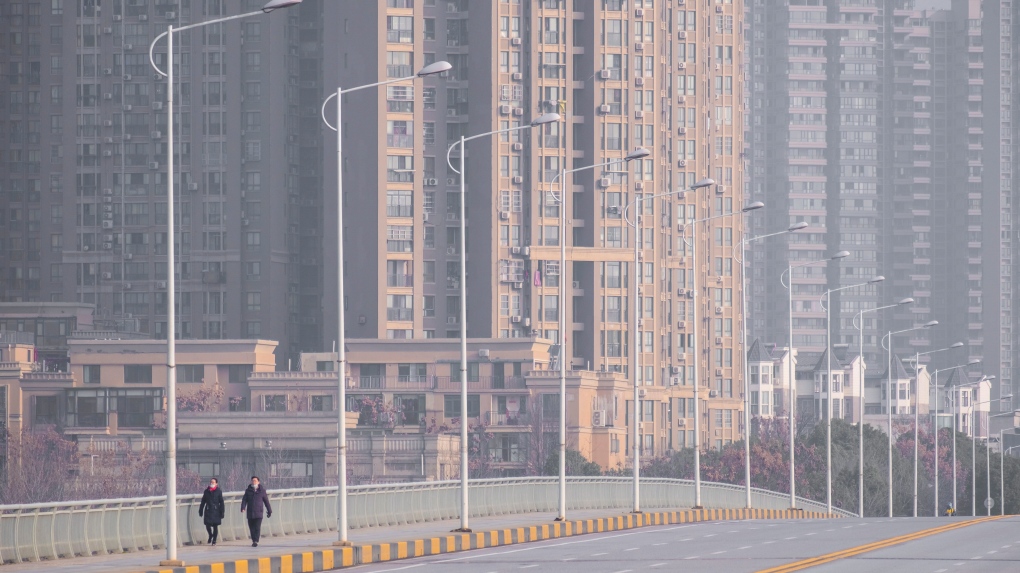 VANCOUVER -- A Canadian citizen who has chosen to remain in the city at the epicentre of the COVID-19 outbreak describes living in Wuhan, China as a "surreal" experience.

Nanaimo native Mike Beharrell moved to Wuhan from Sweden last April to work as a hockey coach. He was on vacation with his wife in southern China when he first heard about the outbreak of a novel coronavirus, but he didn't think much of it at the time.

He went back to Wuhan and his wife flew to Nanaimo to visit family. Within weeks, Wuhan had been placed under a strict quarantine by the Chinese government.

"It's kind of a surreal event," Beharrell said. "Nobody's on the streets. The only vehicles on the road are for medical assistance."

Doing basic activities like going to the store is a complicated ordeal, he said.

"They check your temperature before you're allowed into a shop and maybe a couple of times they'll check it before they let you go in," he said. "And then after that you make sure you come home and you disinfect yourself and everything you've bought."

Beharrell holds Swedish citizenship as well as Canadian, and he is in China on his Swedish passport. He said the Swedish government has been in touch with him regularly and offered to help get him and other Swedes out of the city.

When the offer first came, he declined, preferring to wait out the outbreak.

"You thought this might just pass as only a couple of - maybe a week - or something like that, but then this has sort of steamrolled very quickly," Beharrell said.

He said he may still end up evacuating the city in the future, if the opportunity arises, but for now, he's feeling healthy and safe and says his employer and coworkers check in with him regularly.

"As much as it is a little bit lonely, at the same time, the city's really kind of united and helping each other out," Beharrell said.

As an example of the city's unity, he cited a recent incident in which the deserted streets echoed with chants that translate roughly to, "Come on, Wuhan," a chant of solidarity.

"It was pretty incredible to listen to that," Beharrell said. "It was probably half an hour to 45 minutes that echoed across the city."