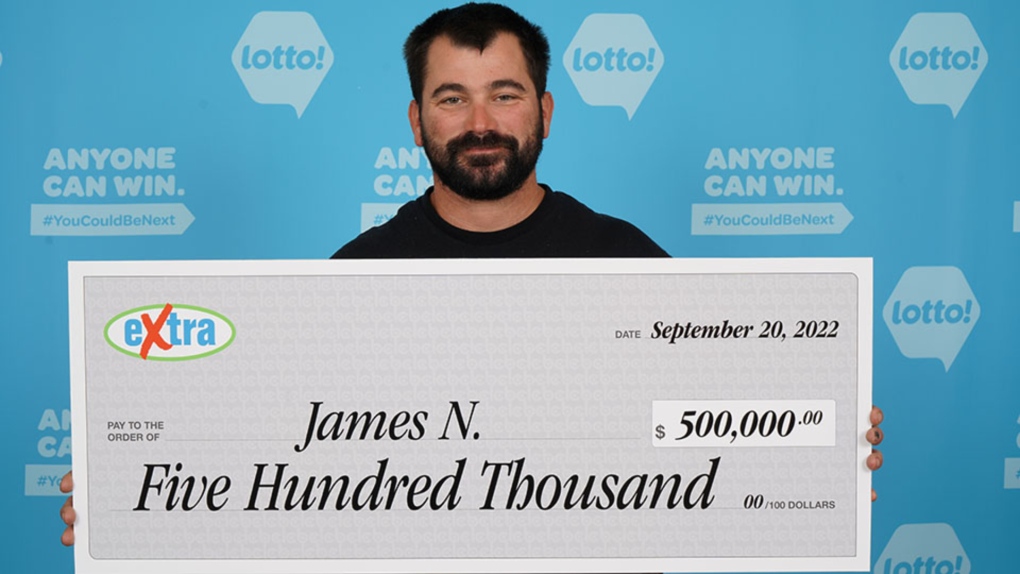 Money wasn't the only thing James Naabye gained after winning $500,000 in a recent Lotto Max draw.

The Squamish, B.C., resident told lottery officials he also has a newfound "sense of peace" thanks to the unexpected financial cushion.

"We get to start over and live comfortably," Naabye said in news release from the B.C. Lottery Corporation. "I won't have to work as much anymore."

Naabye won the Extra prize in the Sept. 16 Lotto Max draw, with a ticket he purchased at a local 7-Eleven on Cleveland Avenue.

"I was at home working on my uncle's truck when I learned I won. The first thing that crossed my mind was, who do I call?" said Naabye, who decided the first one to find out should be his wife.

Naabye told the BCLC he hasn’t decided what to do with the money, but that he hopes to use some of it to travel to Europe.

The odds of matching all four Extra numbers to win $500,000 are one in 3.76 million, according to lottery officials. The odds matching all seven numbers in the main Lotto Max draw are even worse, at approximately one in 33.29 million.

From boosting cash on hand to cutting staff, Canadian banks are taking a variety of strategies to prepare for a widely expected economic slowdown in the year ahead.

Renewed allegations of racism at Buckingham Palace threatened to overshadow Prince William's trip to the United States after campaigners said the palace needed to acknowledge a wider problem that goes beyond one member of staff.

Baseball Hall of Famer and two-time Cy Young Award winner Gaylord Perry, a master of the spitball who wrote a book about using the pitch, died Thursday. He was 84.