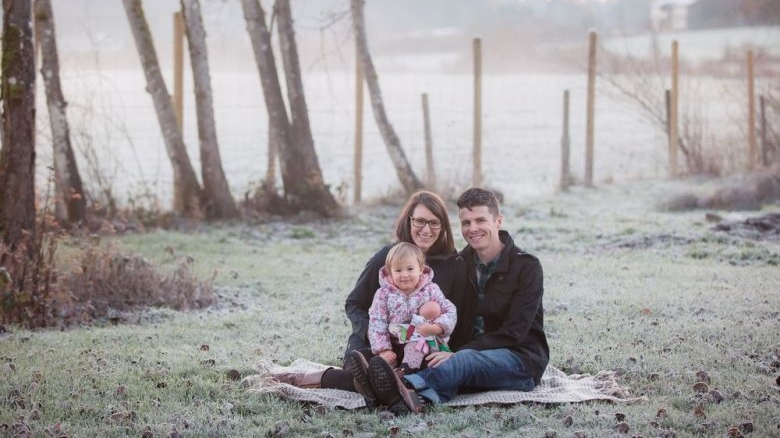 Aaron and Patricia Pearson are pictured with their two-year-old biological daughter Emma in a photo taken in December 2018 by Coastal Lifestyles Photography. HO / THE CANADIAN PRESS

VANCOUVER - Patricia Pearson has dealt with the shock and disappointment of her adoption agency announcing its closure while she was still waiting for a child - twice.

Choices Adoption and Pregnancy Counselling in Victoria was set to close in April when supporters rallied to elect a new board that promised to save it. Last month, those hopes were dashed when the new board announced it must shutter the agency for much the same reason as its predecessor: “a dire financial situation.”

“I was frustrated,” Pearson said. “There was no indication, again, prior to that time that anything was amiss.”

The agency is the latest to shut its doors due to a decline in international adoptions, as more countries try to keep children within their borders. There are now only two private adoption agencies left in British Columbia.

Since the agency had already closed, there was nowhere she could call to ask questions, adding to her frustration, she said.

Choices wrote in a statement on its website that when the new board took over, it believed it could meet the challenges caused by changes in inter-country adoption, “based on the information (it) had at that time.”

In late August, its treasurer conducted an in-depth financial analysis and on Sept. 11, the agency's financial situation was announced to the entire board, which resulted in a “state of crisis,” it said.

“Despite our efforts to work towards the development of a new business model and the implementation of drastic cost-cutting measures, we came to the difficult conclusion that the agency could no longer continue to operate,” the statement said.

Victoria Mitchell, vice-chairwoman of the new board, was not available for an interview. Mitchell, who put her son up for adoption through Choices 25 years ago, was a key organizer behind the effort to save it.

Jane Cowell, the former chairwoman of the board that decided to close the agency earlier this year, said it provided the new board with a complete picture of its finances at the time.

“The decrease in international adoptions meant a significant decrease in the resources of the agency. We certainly were very clear about all that,” said Cowell.

In April, there were about 140 families registered with Choices.

Pearson said the ministry has told her she can contact the two remaining agencies in B.C. and if they're able to take on the case, the ministry will send them their file. She's been told she'd have to cover the ministry's costs of preparing the file and she'd also have to pay registration fees at the new agency. She's been quoted $4,000 for registration at one agency.

After sinking $12,000 into Choices and waiting a year and a half for a domestic adoption, Pearson and her husband don't plan to transfer their file.

They decided to adopt after it took five years to conceive their biological toddler, and they wanted an infant because of a best-practice guideline that recommends adopting children younger than those already in one's family.

“I feel like the option has been taken away from me. It's a sense of loss,” she said.

She urged the ministry to find a long-term solution. Currently, the ministry handles adoptions from foster care while independent, non-profit agencies deal with adoptions outside the government system.

“Agencies have been closing. There's still a need, because there are still adoptions happening. So, if there's no business case for these adoptions, then there's a case that it should be handled by the ministry,” Pearson said.

The ministry said in a statement it has connected directly with each family registered with Choices and is working hard to determine next steps.

One of the remaining agencies, Sunrise Family Services Society in North Vancouver, said it has about 100 families in different stages of the adoption process, but it believes that between the two agencies they'll be able to take on all of Choices' clients.

Deanna Notte, administrator of the Adoption Centre of B.C. in Kelowna, the other remaining agency, also said it has capacity to take on some families from Choices.

About 750 children or teenagers in foster care are waiting for adoptions in the province, said Brianna Brash-Nyberg of the Adoptive Families Association of BC.

Many kids in care are over five, have special placement needs or are part of sibling groups that need to stay together, she noted, while more than half are Indigenous so the province must legally look for an Indigenous placement for them first.

But Brash-Nyberg said it's a common misconception that adopting an international or domestic newborn decreases the risk of the child having trauma, special needs or prenatal substance exposure.

“They actually often have experienced those things and we just don't know about it.”

This report by The Canadian Press was first published Nov. 14, 2019.