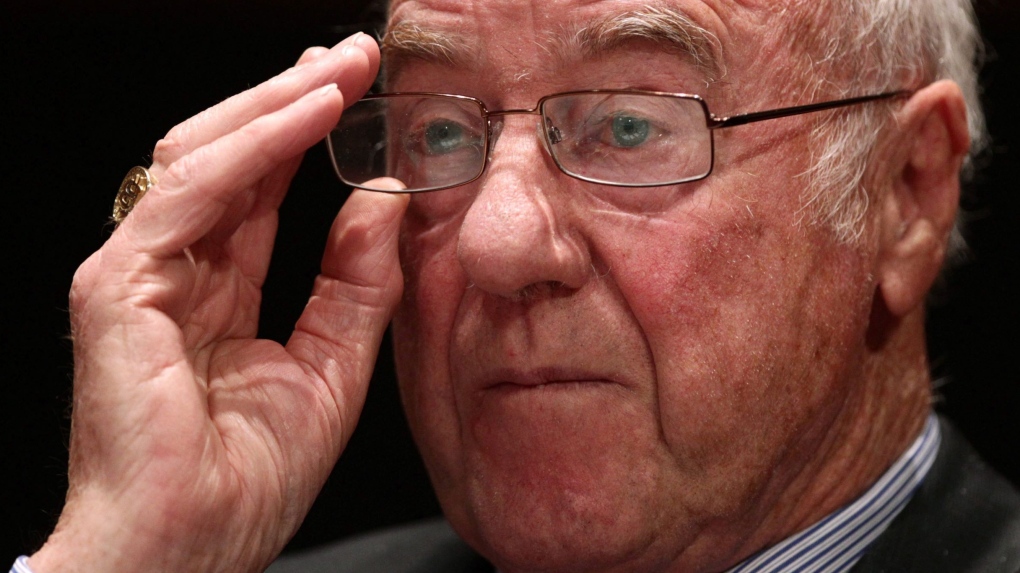 Retired justice Thomas Braidwood adjusts his glasses as he listens to a question after releasing his final report into the Taser-related death of Robert Dziekanski in Vancouver, B.C., on Friday June 18, 2010. THE CANADIAN PRESS/Darryl Dyck

VANCOUVER -- A former judge who led an inquiry into the RCMP's use of a Taser on a man from Poland after he arrived at Vancouver's airport in 2007 has died.

Thomas Braidwood, who was a justice on the B.C. Court of Appeal, was 89.

His death at home on Saturday in West Vancouver after being diagnosed with cancer was confirmed by his friend Wally Oppal, who is a former B.C. attorney general.

Oppal appointed Braidwood to lead the inquiry into the death of Robert Dziekanski, who died after being stunned by a Taser as police responded to reports of a distraught man at the airport.

Oppal said he appointed Braidwood partly because he “really knew how to get to the nub of a matter.”

In the month before Braidwood's death, Oppal said they spoke several times and Braidwood told him he was grateful for the opportunities he had in his life.

“He was just an easy going person, approachable, particularly to young lawyers, and he was completely unpretentious,” Oppal said on Tuesday.

“Just a fine, decent human being.”

This report by The Canadian Press was first published April 14, 2020