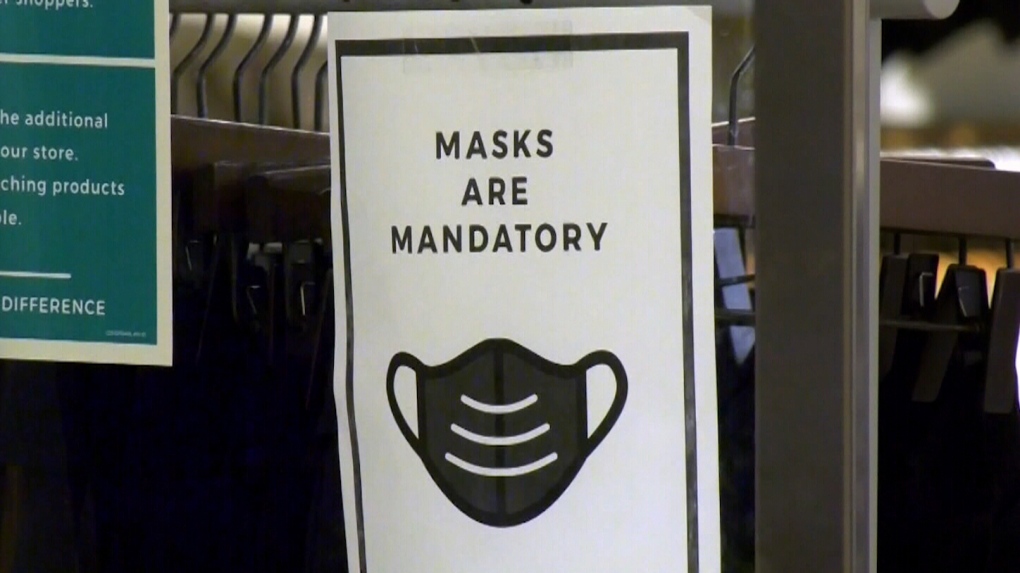 A human rights complaint against Loblaws alleging discrimination against a man who wasn't wearing a face mask has been dismissed by a B.C. tribunal.

Martin May, the complainant, claims he was discriminated against based on a physical disability when he wasn't allowed into a store because he wasn't wearing a face mask.

According to a decision posted late last week, the incident happened in October 2020. While B.C. hadn't mandated masks in public spaces yet, the province was in a state of emergency because of COVID-19 and Loblaws had implemented its own policy of requiring masks for in-store shopping.

The company said it accommodates people with physical disabilities. May said in his complaint he has "COPD," which tribunal member Emily Ohler said she interpreted as chronic obstructive pulmonary disease. COPD is a lung disease that makes it difficult to breathe, and May said it prevented him from wearing a mask.

The tribunal heard that when May went to the store, he was "yelled at 'in front of crowds' to wear a mask."

However, in filing to have the complaint dismissed, Loblaws said May didn't provide evidence that he told store staff he has a medical condition preventing from wearing a mask. The company also claimed May didn't prove it was a store employee who yelled at him.

In her decision, Ohler wrote she didn't have enough information from May explaining how he experienced an adverse impact that day.

"He has not explained how he was prevented from accessing the store, or who it was that yelled at him," her decision said, adding that he didn't give "evidence to show that his disability prevents him from wearing a mask."

"Mr. May has not brought his complaint beyond the realm of speculation and conjecture," Ohler wrote, dismissing May's complaint.

It's not the first time Ohler has dealt with a human rights complaint focused on local mask rules. In November, a complaint against Lululemon Athletica was dismissed, with Ohler saying employees at the store offered a shopper who refused to wear a mask other options for buying her merchandise.

A similar human rights complaint decision was published the week before that, after a person at a pet food store was denied entry for not wearing a mask. In that situation, Ohler also determined the shopper was offered adequate accommodation.

"If a complainant establishes that they experienced a disability‐related adverse impact – such as not being able to wear a mask and being barred from entering premises as a result – this does not then entitle the complainant to simply do what they please," Ohler wrote in the November decision.

"Rather, it requires the respondent to reasonably accommodate the complainant to try to mitigate that barrier."

The Supreme Court of Canada’s ruling allowing the Quebec City mosque shooter to be eligible for parole after 25 years is raising concern for more than a dozen similar cases.