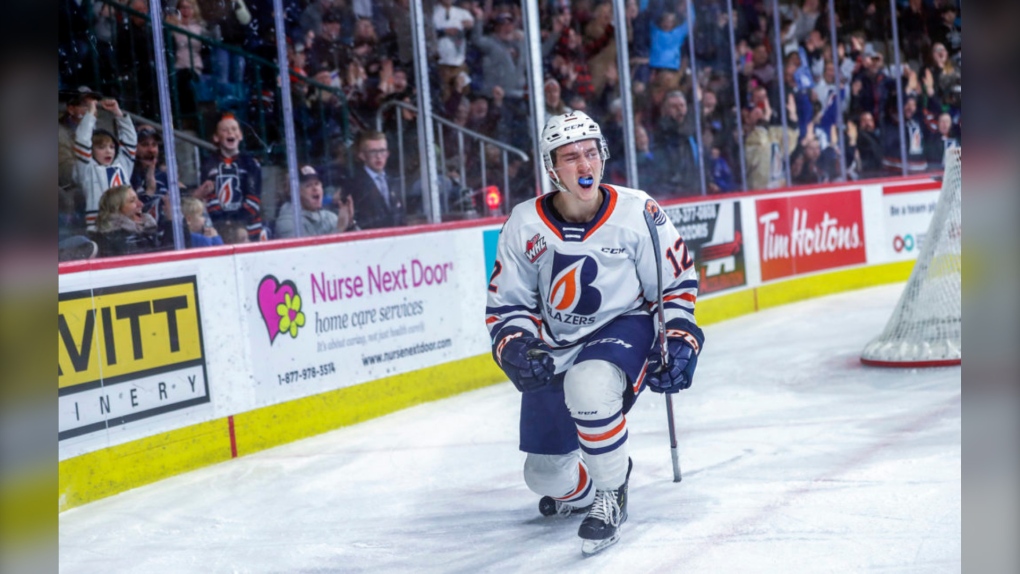 Kyrell Sopotyk is shown in a photo provided by the Kamloops Blazers.

CALGARY -- A player with the Western Hockey League Kamloops Blazers has suffered what the league describes as “life-altering injuries” following a weekend snowboarding accident in Saskatchewan.

A statement posted by the league says the news about Kyrell Sopotyk is devastating.

The 19-year-old forward from Aberdeen, Sask., was entering his third year with the Blazers.

An online fundraiser set up for Sopotyk says he has been paralyzed.

The fundraiser launched Sunday to assist Sopotyk and his family with “possible renovations, health care costs and any additional supports,” and had far surpassed its $50,000 goal in less than 15 hours.

A statement issued by the Kamloops Blazers encourages public support of the fundraiser and calls Sopotyk “a tremendous young man and an exemplary representative” of the team.

This report by The Canadian Press was first published Jan. 25, 2021.