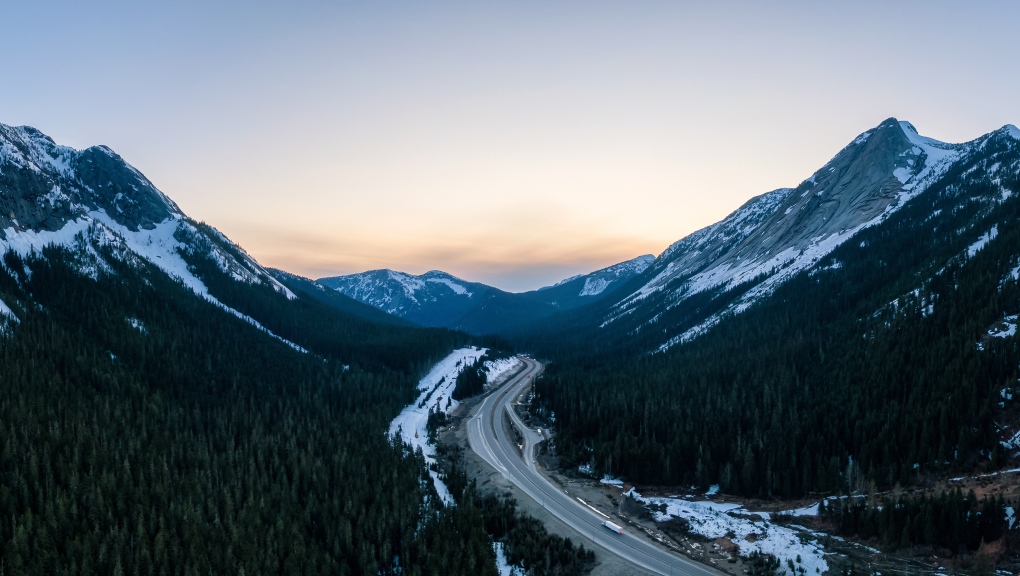 Coquihalla Highway is seen in this undated image. (Shutterstock)

Multiple B.C. highways connecting the Lower Mainland to the Interior are expected to see another spring dump of snow this week.

Environment Canada issued a special weather statement Tuesday, then renewed it Wednesday, warning five to 10 centimetres of snow could fall on the Coquihalla Summit and Highway 3, west of Allison Pass.

"An unseasonable low pressure system combined with a cool and unstable air mass will bring snow to higher elevation passes," the weather statement said, saying the snow is expected to accumulate before Thursday morning.

"Be prepared to adjust your driving with changing road conditions. Strong winds could lead to localized blowing snow conditions with reduced visibility."

Further east, Highway 1 from Eagle Pass to Rogers Pass could see snowfall up to five centimetres.

Similar advisories have been issued this month, with one statement warning as much as 30 centimetres was possible on the Crowsnest Highway last Monday.

In Metro Vancouver and on Vancouver Island, strong winds and heavy rain prompted a weather advisory for the region. Wind is expected to be 40 km/h, but could gust to 70 km/h. Between 40 to 60 millimetres of rain is expected to fall.

The North Shore mountains, Howe Sound, Sunshine Coast and Vancouver Island are expected to be impacted the most.