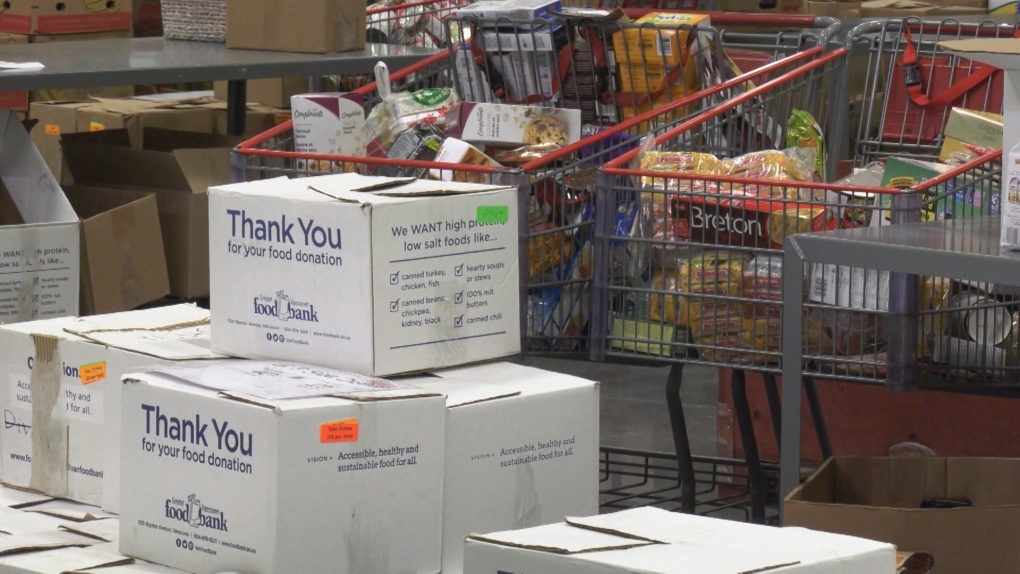 The Greater Vancouver Food Bank says it has seen a 24 per cent increase in usage over the past year.

VANCOUVER -- The B.C. government has announced extra funding for food banks across the province.

The $3 million from the Community Gaming Grants program will be administered through Food Banks British Columbia, a provincial association that represents food banks across B.C.

The Greater Vancouver Food Bank issued an urgent call for donations last week. In a March 18 press release, Cynthia Boulter, chief operating officer of the GVFB, said that while many people in the Lower Mainland have been stockpiling food — leading to empty shelves in many grocery stores — low-income people “cannot afford to stockpile food.”

"We are unsure if our food industry donors will be able to continue providing us with critical donations we rely on, and we have to mitigate that risk,” Boulter said.

The funding announced Sunday will go toward buying and distributing food, paying employees and covering other costs related to the delivery of food programs, according to a press release from the B.C. government.

A ministerial order made under the Emergency Program Act also allows drive-through and delivery options for food banks, the ability to make larger hampers than normal, and waiving the requirement to present identification in order to get food.

An earlier version of this story said the government funding was $33 million. It is actually $3 million.

Canadians with COVID-19 symptoms to be denied boarding on domestic flights, trains

'They need to up their game': Scheer on fed response

Trump: No quarantine, but travel advisory for NY, CT and NJ

Fears of domestic violence rise as millions confined over virus