VANCOUVER - Eric Brunt packed all the essentials for a road trip across Canada: camera and audio equipment, some clothes and a lot of Kraft mac and cheese dinners.

Brunt, 26, was inspired to speak to as many remaining Second World War veterans as he could after missing the opportunity to ask his grandfather those same questions.

"I knew he was a veteran, but he never really spoke about his experiences; no one ever interviewed him. When he passed away, I thought, 'Gosh, that's a lot of family history we just lost, just like that,'" he said.

More than a million Canadians served in that war, and nowadays, there are roughly 400,000 still alive.

The filmmaker felt the urgency to document the stories of those veterans before time runs out.

"If you do believe in something, then you just got to go out and do it," he said. 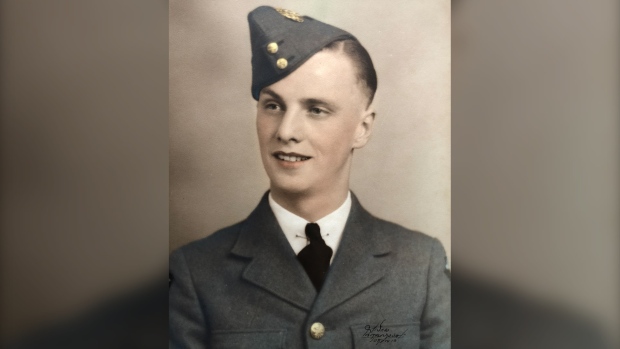 He had poured his savings into making the documentary when his grant applications were rejected.

To keep costs down, he purchased a large white van to be his transportation and home.

In May 2018, he left Victoria and started calling local legions to find Second World War veterans and see if any of them would be willing to talk to him.

He said many of the Canadian vets seemed surprised that he wanted to share their stories, especially the ones who remained in the country or did not see combat.

"They're such a humble generation and in their opinion, they didn’t do much. (They always think) the guy next to them did a lot more than they ever did," he said. "I'm close to the age that they would've been when they went to serve and it’s a real opportunity for them to open up."

For 13 months, he interviewed roughly 410 veterans, including one who served with his great-uncle.

That veteran from Saskatoon told him that half of the Canadian pilots had died overseas and showed him a photo.

"He said, 'This photo is really interesting … me and your great-uncle survived the war and these two other gentlemen didn't, they lost their lives overseas.' That was a really crazy moment of seeing the impact the war had on our Canadian youth and also seeing that personal connection that brought this project and meaning of it home," Brunt said.

As he's starting to put his documentary together, he's been in touch with some of the families of those he's interviewed. He's learned 60 of those vets have since passed away. 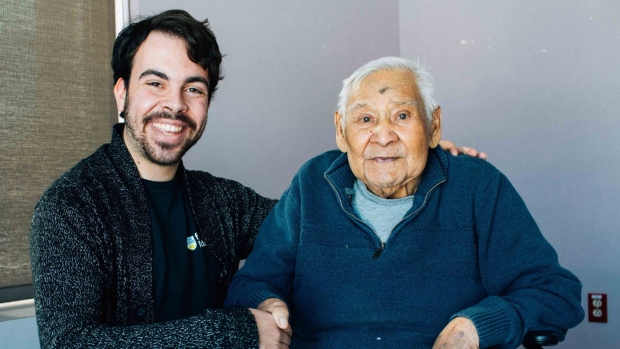 Brunt helped Frank Krepps, a veteran in Alberta, apply to be a part of the 75th anniversary of D-Day in France.

"He gave me a phone call when he was selected and he said, 'Eric, I want you to come as well because you're part of this whole thing happening,'" Brunt said.

Brunt didn't hesitate. He used some Air Miles points and hopped on a plane for the milestone anniversary.

At the ceremony, he followed Krepps as he walked through the cemetery, finding the names of his comrades.

"He'd go to each grave in his regiment to do the final salute and that was quite emotional to watch."

Brunt said one of the most poignant parts of the trip was reading the scriptures on the tombstones.

"I remember one that stood out to me: ‘To the world, he was just a soldier. To me he was the whole world."

He said that reminded him of the sacrifices that were made and the loved ones who were left behind.’ 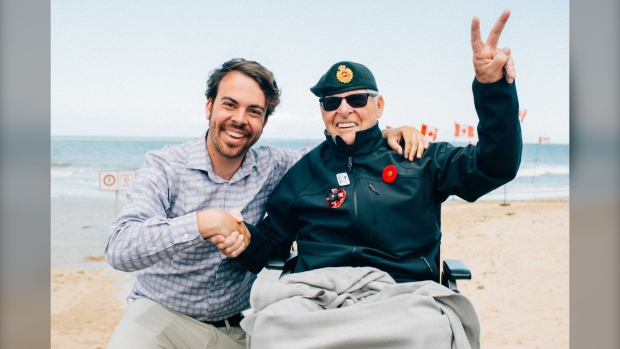 Brunt helped Krepps apply to be part of the 75th anniversary of D-Day in France. (Courtesy Eric Brunt)

He hopes his documentary will highlight the untold stories of these vets and inspires others to learn more about their own family history.

He plans to finish his documentary, Last Ones Standing, next year to mark the 74th anniversary of the end of the Second World War.

To support his project, he has set up an online fundraiser.