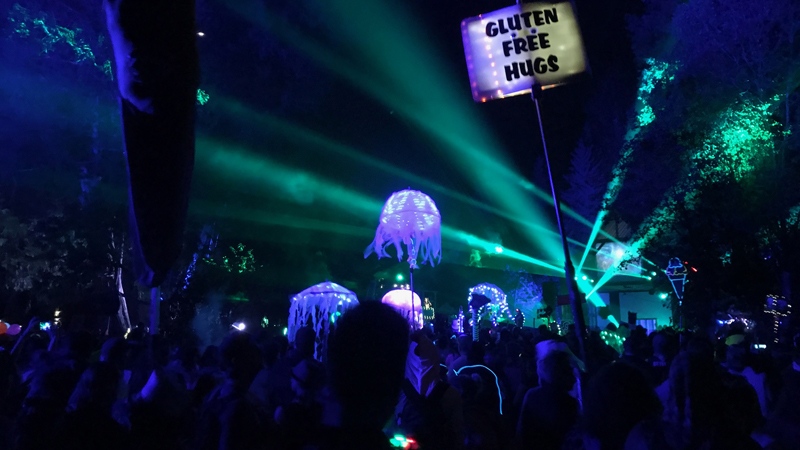 VANCOUVER - A troublingly high number of drugs tested at B.C. music festivals last summer weren't what potential users thought they were, although few were contaminated with fentanyl, according to a new study.

Two-thirds of stimulant samples contained only the pure substance users expected. About 36 per cent contained other contaminants. Psychedelics sampled were slightly more reliable—nearly three-quarters were what people thought they were. Still, about 12 per cent of psychedelics contained contaminants.

But fentanyl didn't show up very often, Ti noted. Only one sample out of more than 300 tests had the deadly opioid. That's relatively consistent with previously published literature that suggests fentanyl contamination is more common in opioids than the stimulants and psychedelics favoured at festivals, Ti said.

"While the prevalence of fentanyl is relatively contained in illicit opioid supply … we still should be monitoring supply because the drug market is so dynamic," Ti said.

Her findings were published Oct. 4 in the journal Drug and Alcohol Dependence.

Research suggests people are more likely to discard their drugs after finding out they contain unexpected contaminants. Drug testing is a harm-reduction initiative that's been offered at some B.C. festivals for years. In recent years services have been expanded in the midst of the opioid crisis.

Ti's study is part of continuing efforts by the B.C. Centre on Substance Use to pilot drug-checking services across the province in two main areas: in street-entrenched settings in Vancouver's Downtown Eastside and at festivals, Ti said.

The two drug-using populations are very different, she explained.

"[In] street-entrenched there's a lot more social and structural vulnerabilities that increase people's risk for overdose," Ti said. "Whereas in festival settings, a lot of drug use is intermittent. It's just at the festival and it's not a more chronic issue."

Still, drug supplies are highly uncontrolled, Ti said. Just because researchers didn't find much fentanyl in the MDMA and cocaine at B.C. festivals during summer 2018 doesn't mean stimulants and psychedelics will remain free of the lethal opioid going forward.

According to the B.C. government, 19 per cent of all people who died of overdose in the province in 2018 used drugs infrequently or recreationally. Fentanyl has been found in cocaine, MDMA, ecstasy, methamphetamine and ketamine.

If you want to get a precise profile of what's in your drugs, you can access a spectrometer year-round at three locations in Vancouver. 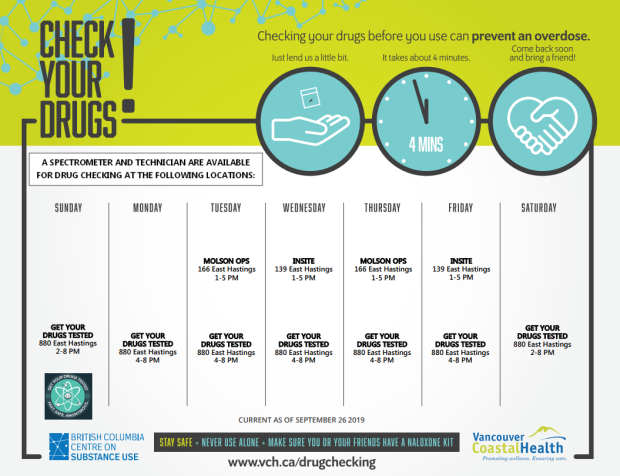