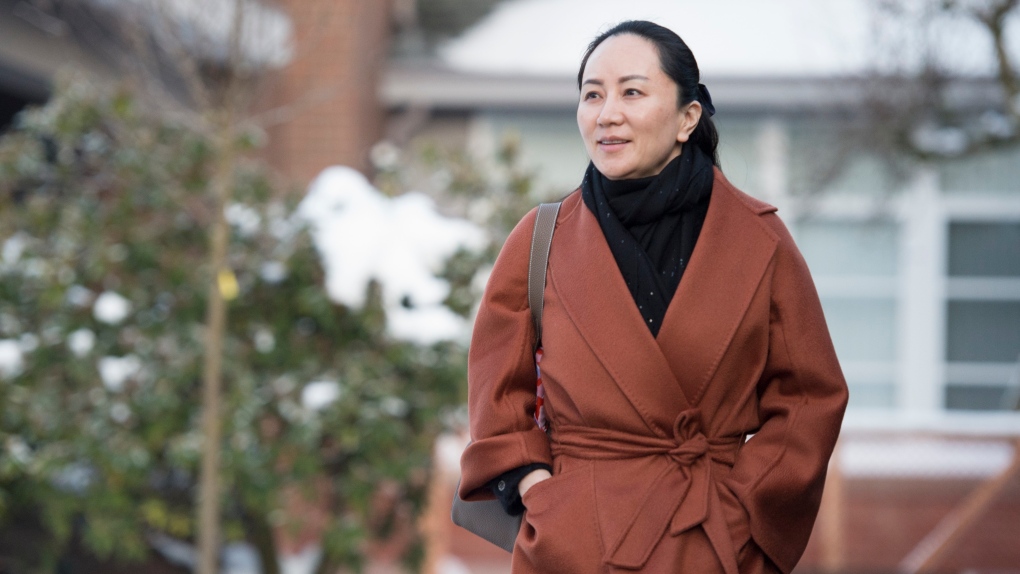 VANCOUVER -- The B.C. Supreme Court is considering creative ways to deliver a decision in an extradition hearing for Huawei executive Meng Wanzhou as a global pandemic restricts travel and gatherings.

The United States is seeking Meng's extradition on fraud charges and the court heard arguments in January about whether her alleged conduct would constitute a crime in Canada.

A court transcript shows Holmes told those who dialled in that she does not plan to release her decision on those arguments "in the near future."

But when the decision is released and if the COVID-19 crisis is still ongoing, one of Meng's lawyers outlined a proposal that would require Meng's physical presence in court only if Holmes rules in her favour.

According to the transcript, defence lawyer David Martin says there is a need for an in-person appearance only if the judgment falls in her favour.