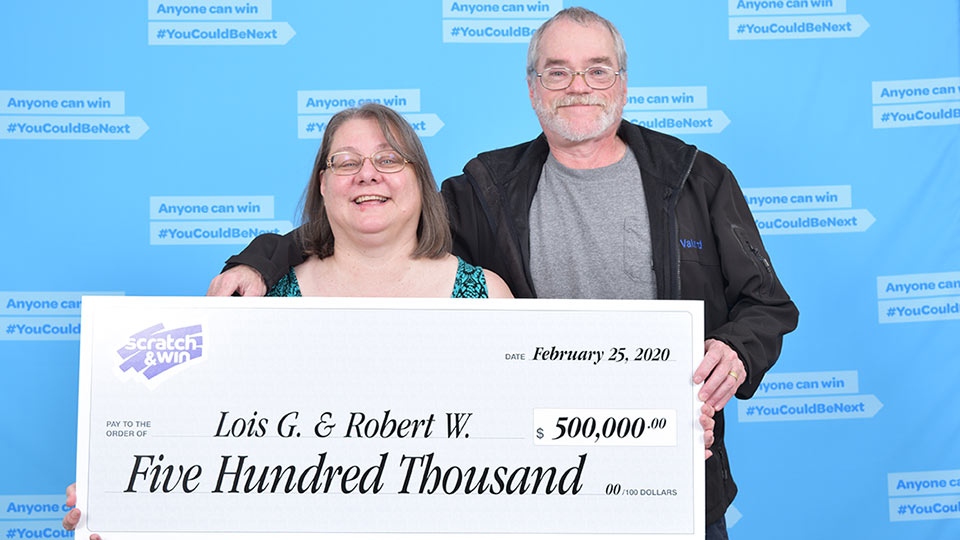 Lois Gueret and Robert Walters are shown in an image provided by BCLC.

VANCOUVER -- A winning lottery ticket easily could have sat in a storage locker until it expired, a woman who recently found herself $500,000 richer said of what she calls a "moving day miracle."

Lois Gueret and her partner, Robert Walters, said they had the ticket in their possession more than a week before they realized their luck.

The Agassiz, B.C., couple had recently downsized, moving from their Fraser Valley home to a motorhome in nearby Chilliwack.

At some point during the move, the unscratched Celebrate 2020 ticket was moved from a drawer to a box. That box was supposed to be moved to storage, where the ticket might have sat until it expired.

Fortunately for the couple, its contents were searched first.

Walters found the ticket and handed it over to Gueret, who discovered it was worth half a million dollars.

In a news release Tuesday, the B.C. Lottery Corporation said Walters is a regular player, and bought the ticket late last month at a Shoppers Drug Mart.

"I asked the store clerk what the latest tickets were, because I like to play new ones too. He pointed to the Celebrate 2020 tickets and it just caught my eye," Walters said.

"After this I'll be going back to give him a little bonus."

In addition to a treat for the clerk who set Walters up with a winner, the couple plans to pay off some debt.

Then, they hope to use what's left of their prize money to move again.

They're considering buying a house in the Fraser Valley, "somewhere with land," Walters said.

Earlier this week, lottery players had a chance at $70 million. The Lotto Max jackpot reached its maximum ahead of Tuesday's draw for a third time since prize limits were increased in Canada.

The draw also resulted in eight $1 million prizes being won in Quebec, Ontario, the Prairies and Atlantic Canada.