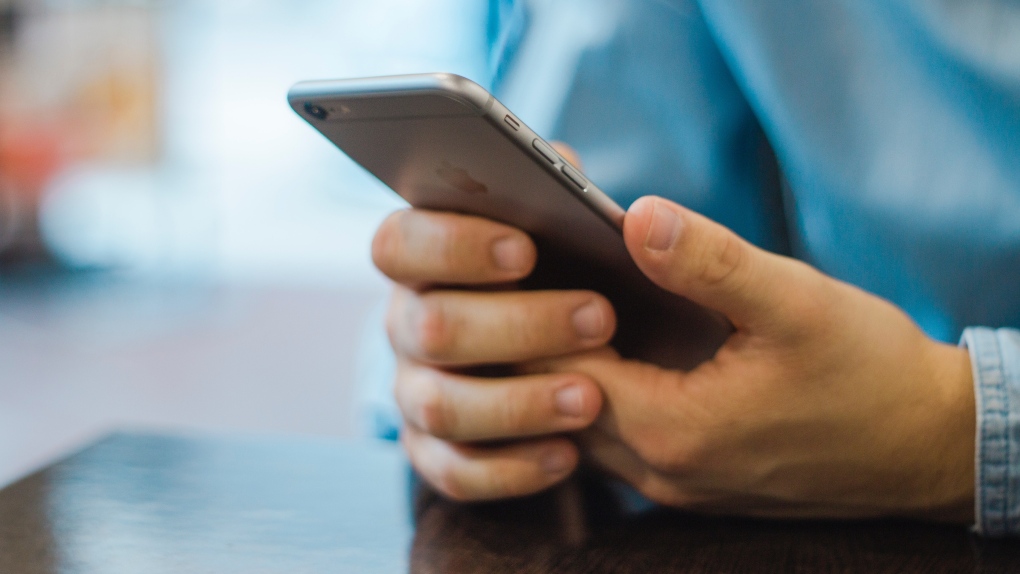 A man holds a cellphone in an undated stock image. (Pexels/Adrianna Calvo)

A B.C. Mountie who was fired after showing a domestic violence victim what he described as a barely clothed "d*** pic" was rehired last year after arguing the RCMP's conduct board treated him unfairly.

Const. Andrew Hedderson was dismissed in December 2018 after the board found his behaviour constituted sexual misconduct, and that keeping him employed with the RCMP would "clearly imperil the public's confidence and trust" in the national police force.

But Hedderson appealed the decision, arguing in part that he should have been allowed an in-person hearing where the woman who reported him could be cross-examined. Adjudicator Steven Dunn agreed, ordering that the constable be reinstated and given back pay.

"I find the board breached the principles of procedural fairness," Dunn wrote in his September 2021 appeal decision, which was recently published online.

"As a result, the board's decision must be quashed."

Dunn also ordered a new hearing so the allegations against Hedderson could be properly tested – but the constable resigned last month before that hearing could take place.

The allegations stem from Hedderson's time with the Surrey RCMP detachment in spring 2017, when a woman, identified only as Ms. W in board documents, reported being assaulted by her boyfriend in a Safeway parking lot.

The board heard Hedderson visited Ms. W's home, and, while they were seated on her bed, asked whether she had any pictures of her injuries.

Ms. W told investigators she accidentally presented a picture that showed her breasts, and the officer responded by pulling up two separate images of his exposed penis, including one in which he was wearing his RCMP uniform.

"Ms. W said she was embarrassed, and the (officer) said not to worry about it, but that he now felt he had to show her something in return," the board's 2018 decision reads.

"Ms. W reported that the (officer) was 'flirting' with her … and she was 'shocked' by his presentation of the photographs."

Hedderson denied showing the woman nude images, but told investigators he presented her one picture of himself in "very tight boxers" that showed "a whole lot of everything."

"If it wasn't for the fabric, it's essentially a d*** pic," he said, according to the documents.

He also admitted to texting Ms. W sexual messages following that incident. The conduct board heard there were 323 texts exchanged between Hedderson and Ms. W over a period of 11 days, and that the constable "initiated inappropriate sexual comments” that included asking her whether she liked the image he showed her, commenting on his own “pretty large package,” and telling her he could come back to her home for a “very thorough and deep check.”

The 2018 conduct board decision described Ms. W as a vulnerable person, noting that she was recovering from drug addiction at the time of her interactions with Hedderson, lived in poverty, and had a fear of police. Hedderson denied that characterization in his appeal.

The constable was reinstated in fall 2021, then placed on paid suspension pending the outcome of his new hearing, according to the RCMP. A spokesperson for the force's national headquarters suggested the officer would have received his back pay during that time.

Asked whether the RCMP has any further recourse now that Hedderson is no longer an employee, Camille Boily-Lavoie told CTV News the force can't hold conduct hearings for former officers.

"Once a member is discharged from the RCMP, they are no longer a member. As a result, the RCMP no longer has authority/jurisdiction to discipline the member," Boily-Lavoie said in an email.

CTV News has been unable to reach Hedderson or the Justice Department lawyer who represented him to comment on his case.