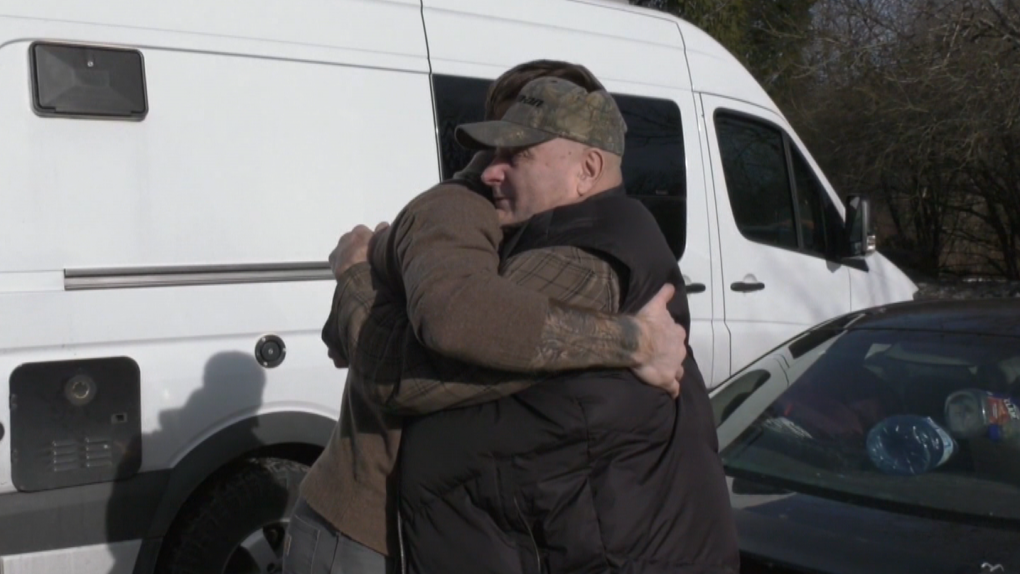 The community of Squamish, B.C., has opened their hearts and wallets to help a longtime local resident get back on his feet.

A series of unfortunate events have befallen 81-year-old Orville Larsen recently, leaving the military veteran with no other choice but to sleep in his aging two-door Saturn in the Walmart parking lot.

He’s known Larsen for years but hadn’t seen him around town recently — until a chance encounter at the Walmart last week.

“I was like, ‘How you doing?’ And he says, ‘Oh, you know, not so good. I’m living in my car out in the parking lot.’ I was like, that’s not acceptable. We can’t have that,” White recounted.

White started a GoFundMe, hoping to raise a few thousand dollars to buy a van that could be converted into a proper recreational vehicle that Larsen could live in.

Within days, the fundraiser had brought in over $43,000 — more than enough to help Larsen.

Friday he signed the paperwork to take ownership of a used van that can be converted into an RV.

Corey Smith, also a Squamish resident and military veteran, owns a similar van that he uses for road trips.

He’ll be helping upgrade Larsen’s vehicle by adding a table that converts into a bed, a two-burner gas stove, a heating system and rooftop solar panels for power.

“We’re doing all the labour, just volunteering the labour,” said Smith. “And a lot of the materials will come from the local van conversion companies as well.”

Thanks to the generosity of the community, plans are already underway to buy and convert a second van for another local in need.

“The plan Jeremiah and and I came up with is whatever’s left over is going to go into a fund to help somebody else out,” said Larsen.

Larsen has now moved into a hotel and says when his van is ready he plans to take it on a fishing trip.