A flood of grief is sweeping over Richmond, after the family of a six-year-old girl says the child's life was cut tragically short following complications from the flu last month.

While the family of Danielle Cabana is mourning the overwhelming loss, they’ve also been met with a huge show of support.

Danielle was a member of the Richmond Ravens U7 girls hockey team.

The Ravens and the Richmond hockey community are honouring her in several ways including 29 seconds of silence – in honour of Danielle’s jersey number – a tribute teams in the league and beyond are also taking on.

A decal with number 29 reading ‘We play for Danielle’ will soon adorn the helmets of all players with the Ravens and Richmond Jets Minor Hockey Association as another show of support for the grieving family.

“It’s a tragedy,” said hockey mom Jen Jaffe, choking back tears. “Everyone is supporting each other and doing what they can to keep her spirit.”

The Ravens also started a campaign with multiple teams in the city lining their sticks with camouflage tape to pay tribute to Danielle’s love for venturing in the outdoors with her dad.

The initiative has stretched beyond the Lower Mainland, with a team in the Kelowna also lining their sticks with camouflage tape.

“It was important to honour Dani to show our support to our good friends the Cabana’s and make sure Dani is never forgotten,” said Cyclones head coach Jesse Cubbs, who was a former coach of Danielle’s older sister. 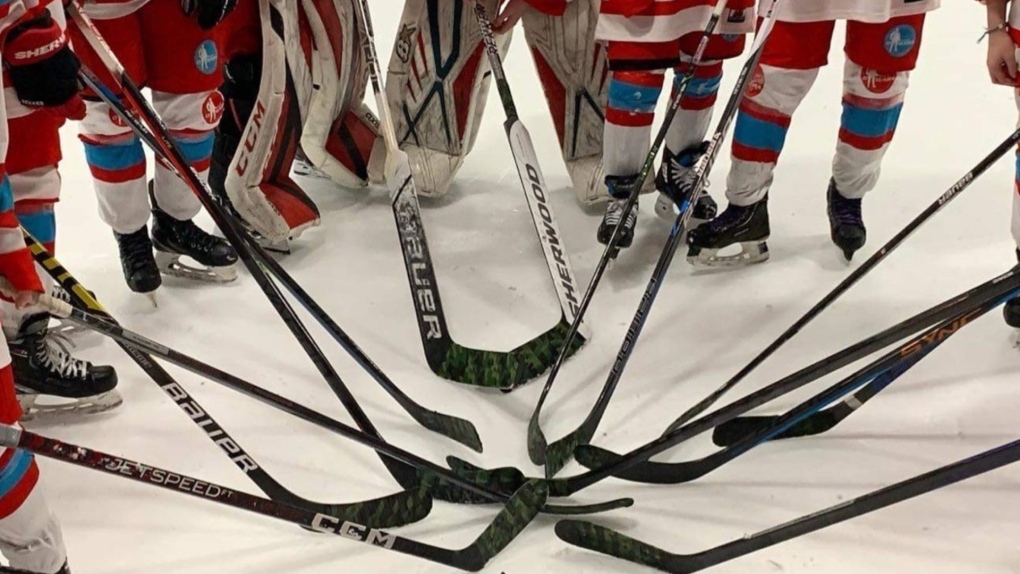 A GoFundMe has also been set up to help the family, which as of Monday night had already raised more than $72,000.

While the family, the hockey community and beyond are still coming to grips with this immeasurable loss, tributes are expected to continue in the days to come.