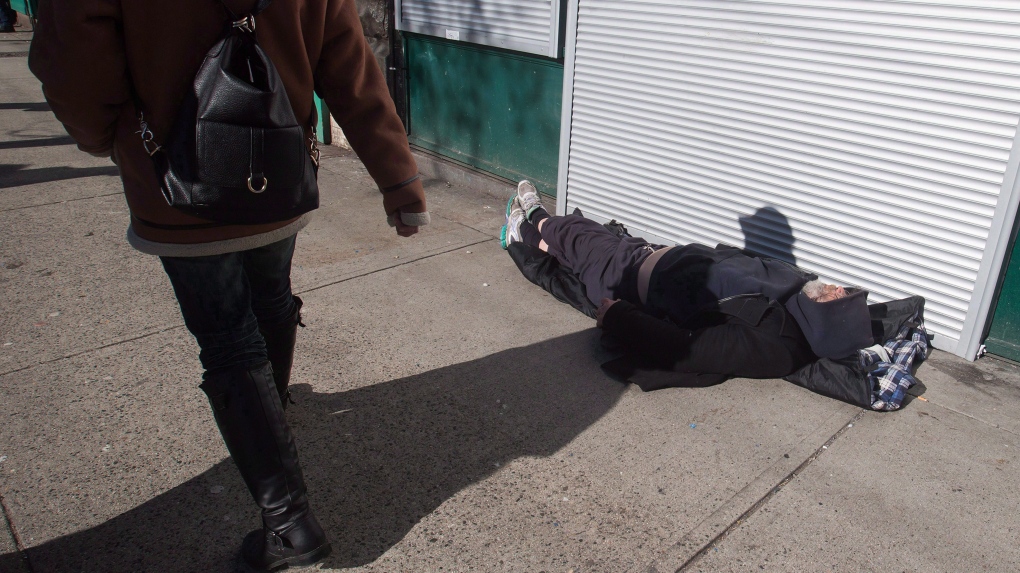 A woman walks past a man sleeping on the street in the Downtown Eastside of Vancouver, B.C., on Tuesday, Feb. 21, 2017. (Darryl Dyck / THE CANADIAN PRESS)

A new bylaw in Salmon Arm would see people fined $50 for asking for money on the street.

The bylaw, which was passed by city council on Monday, targets people who solicit money in public, including from people in cars.

In its proposal, city staff note the fine isn't intended as the "primary method of achieving compliance," saying they will instead focus on an educational approach first.

City staff noted the questions about a fine first came from local RCMP.

She noted the fine wouldn't result in criminal charges, unlike the previous Safe Streets Act.

"I have zero expectation it will ever be issued," she said.

Mayor Alan Harrison also expressed a belief the fines wouldn't be largely used, comparing them instead to fines handed out for breaking water restrictions.

"I hear both sides of this," he told council.

But the lone city councillor who voted against the bylaw says she doesn't see that happening.

Lindgren says her opposition lies in her belief that the issue is more tied to social and mental health problems.

"For me, homelessness and panhandling as it's related to homelessness are a social and mental health problem. I think it'll move elsewhere," she said.

The fine comes only a month after Penticton passed a similar bylaw, where homeless people would be fined $100 for sleeping on the street.