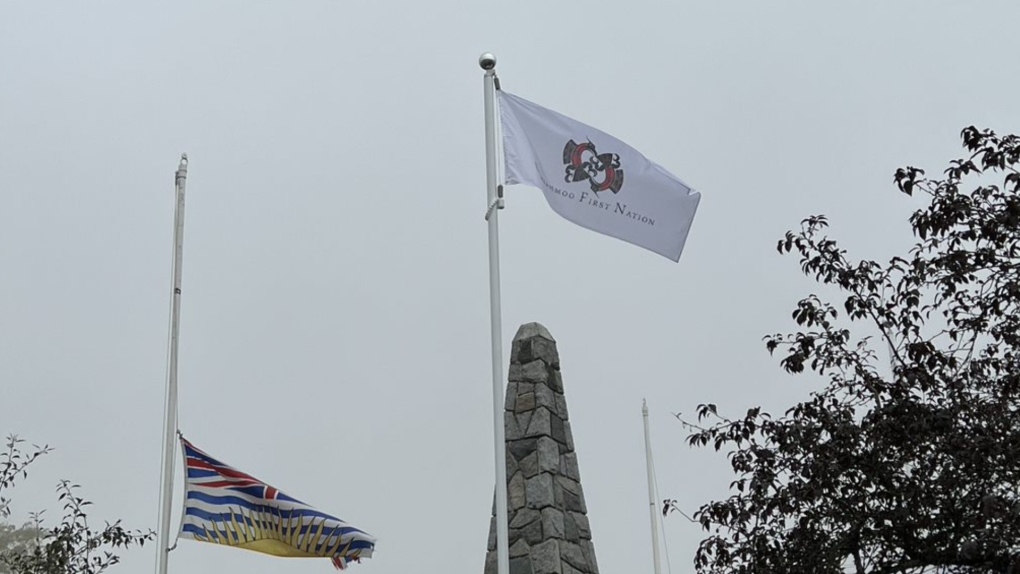 The flag of the Semiahmoo First Nation flies at White Rock City Hall on Friday, Sept. 30, 2022. (City of White Rock)

The City of White Rock marked the second ever National Day for Truth and Reconciliation on Friday by raising the flag of the Semiahmoo First Nation at city hall.

Though it was raised on a special occasion, the flag will continue flying at city hall permanently, serving as "an enduring visual reminder of White Rock's location on the traditional territory of the Semiahmoo people," the city said in a statement.

"Those who see it will be reminded that they are walking on the traditional territory of the Semiahmoo. I would like to thank the City of White Rock for raising the flag. It speaks to the good intentions of the city, and the community, to continue down the road of reconciliation.”

“Moving toward Reconciliation takes all of us working together,” Walker said in the statement.

“Flying the Semiahmoo First Nation flag alongside the Canadian, B.C. and White Rock flags at city hall is an appropriate reflection of our community and of White Rock’s identity.”

The city says it has now joined several other B.C. municipalities – including Nanaimo, Cranbrook, Prince George and Williams Lake – that have raised the flags of local First Nations on a permanent basis.

Canada's single-use plastics ban starts this month with their manufacture and import: These are the products on the list