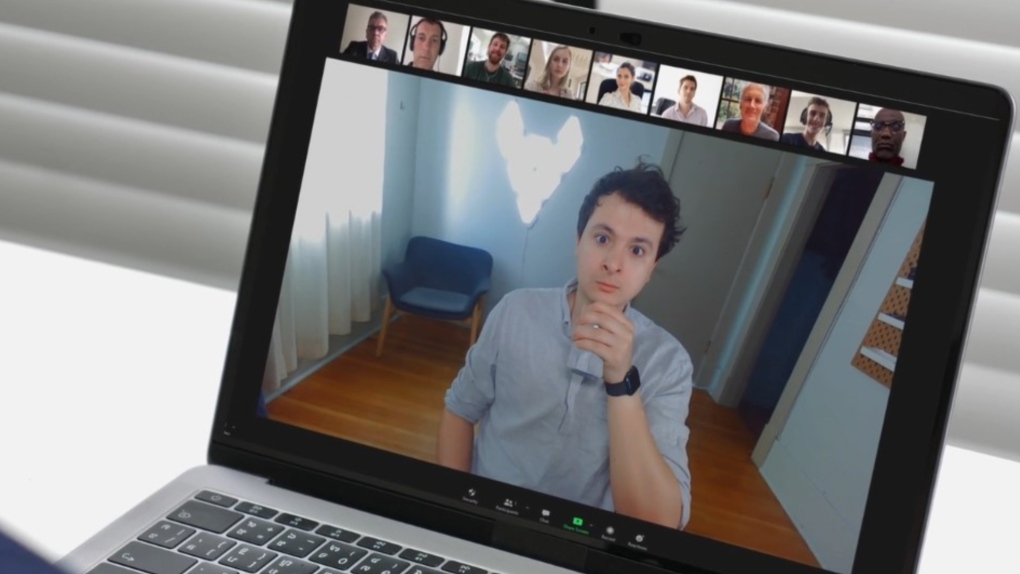 VANCOUVER -- A B.C. brewery has debuted a pandemic-inspired beer that can disappear into the background of some video conference calls.

R&B Brewing's sneaky Green Screen IPA – marketed as "an unprecedented beer for an unprecedented time" – has a plain green label that vanishes from view with a few simple steps.

The Vancouver brewery said the beverage was inspired by the kind of long-running video meetings that have become all too familiar during the pandemic.

"Everyone knows on Friday nights, when the meeting never ends, you can hear those beers calling you from the fridge," said Kayleigh Burkett, marketing manager for R&B.

The idea was hatched by another Vancouver company, St. Bernadine Mission Communications, a branding agency that designs most of R&B's cans. Getting the gimmick to work requires taking a screen capture of yourself without a beer and setting it as your background in your video conferencing application.

A few clicks later, and voila – the beer is gone.

The brewery describes it as "the perfect antidote to end-of-day video conference calls when sipping on a cold one may not be deemed 'professional' by certain colleagues."

"But hey, we're in a pandemic and if you feel like you want a beer after enduring hours and hours of virtual meetings, we think you should be able to," R&B said in an Instagram post.

That advice is strictly tongue-in-cheek, said Burkett, who offered a quick disclaimer that the brewery is not responsible for any professional repercussions that come from cracking a beer during an actual work meeting.

"We definitely hold no responsibility if you're caught," she said with a laugh. "Obviously if you are just holding your hand up with the can, your hand is in a weird shape and people may question that. We've had people say, what are you holding?"

Green Screen IPA is a seasonal batch that's expected to stick around for the summer, and is being sold at both BC Liquor Stores and private beer and wine stores, particularly those that specialize in craft beer. Burkett described it as a "very West Coast-style IPA" and a "very crushable summer beer."

"We don't necessarily encourage drinking while in a meeting, but we do encourage trying it because it's really delicious," she said.