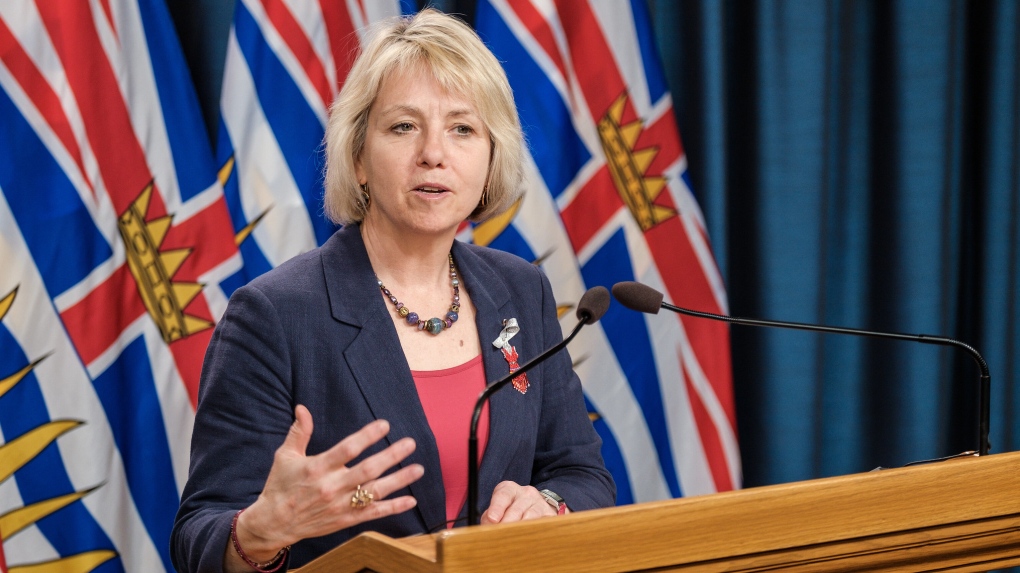 Dr. Bonnie Henry gives an update on the spread of COVID-19 in B.C. (Province of BC/Flickr)

VANCOUVER -- Fans of B.C.'s top doctor can now sip a beer in her honour as one Okanagan brewery has named a brew after her.

The Bonnie Henry Blonde Ale, made by the Marten Brewpub in Vernon, was created to pay tribute to the doctor's ongoing work during the COVID-19 pandemic.

"We had some new beers coming out of lockdown, and we were wondering what was the best way to approach the naming process," Clint Bialas, general manager at the Marten, told Castanet News.

"We decided to go with what was on everyone's minds and what we see every day, and everyone loves Dr. Henry so we chose to name it after her."

The brewpub describes the beer – which is 4.7 per cent alcohol by volume – as "crisp, light and refreshing with very little aftertaste."

And the beer's not the only thing Henry's had named after her. Last month, an aquarium on Vancouver Island named a giant Pacific octopus after the health official and, in April, shoe designer John Fluevog named a pair of pumps after her. Her name's also been used in parody songs and her face has appeared on murals.

Much like its namesake, the Bonnie Henry Blonde Ale has also been well-liked.

"It's our most popular beer," Bialas said. "Customers love the name, and it tends to be the talk of the group when they notice it."