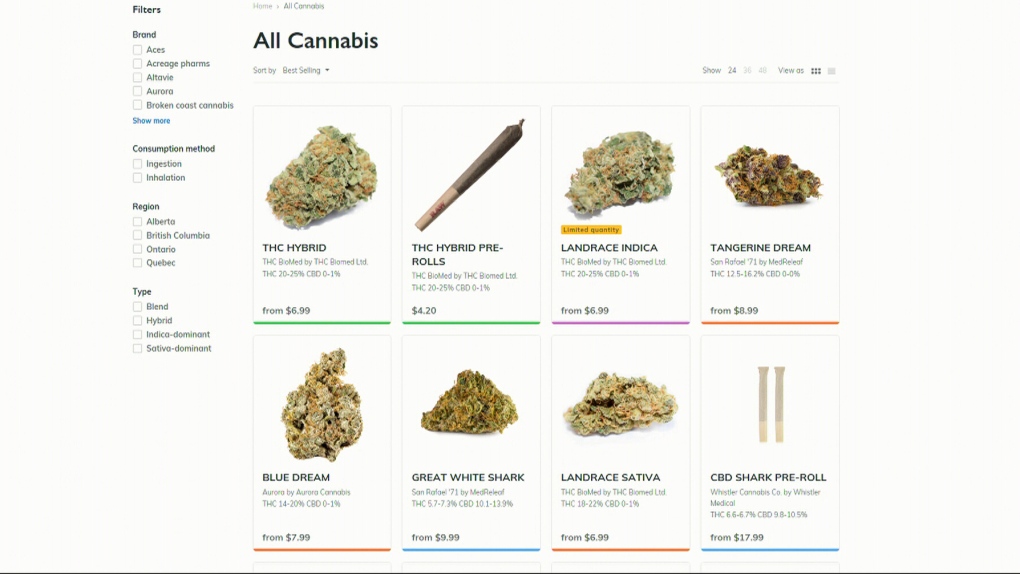 Cannabis products are seen for sale in the screenshot from B.C.'s government-run website.

B.C. recorded an average of two marijuana sales per minute during the first week of legalization, according to new numbers from the government.

The BC Liquor Distribution Branch said there were 17,723 online transactions from Wednesday to Tuesday, and another 4,014 at the BC Cannabis Store in Kamloops.

Nearly half of the weekly total – 9,980 sales – was recorded on the first day of legalization.

Though there was a sharp drop in sales the following day, demand was still enough for the BCLDB to report "serious" shortages on some cannabis products.

The branch has so far kept the dollar figures of cannabis sales confidential, calling it competitive information.

The Alberta government has been less secretive, revealing it sold about $730,000 worth of product through its recreational marijuana website by mid-afternoon on the Oct. 17 legalization day.