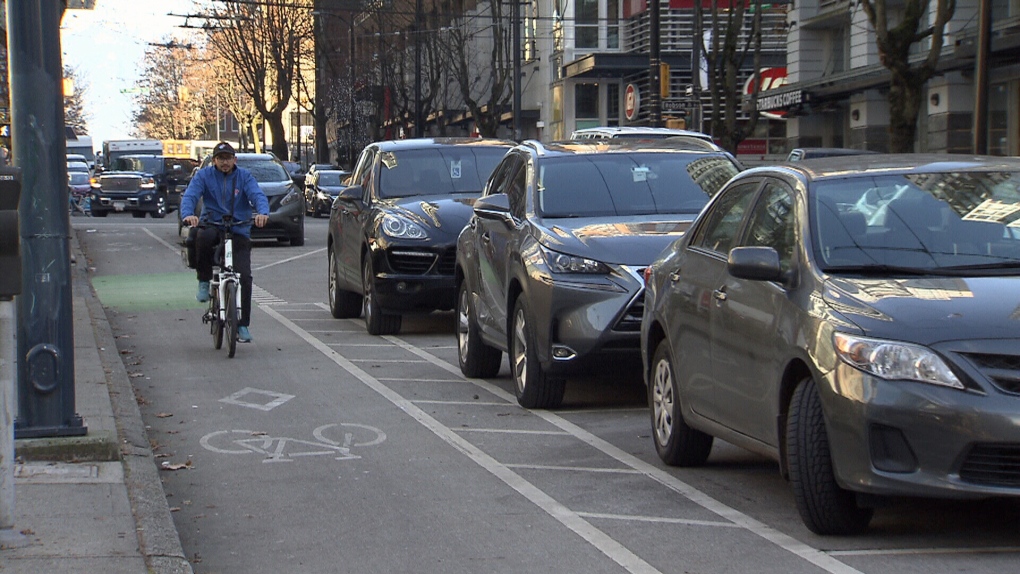 The Richards Street bike lane is seen in this image from Dec. 7, 2018.

VANCOUVER -- The provincial government has approved grants for improved pedestrian and cycling infrastructure in 23 communities around British Columbia, including six projects on Vancouver Island and the Gulf Islands, as well as three on the South Coast.

The funding is part of the province's Active Transportation Grants program, and totals nearly $9 million across the 23 infrastructure projects and 21 planning projects in smaller communities.

Infrastructure projects approved under the program can include improvements to sidewalks, improved lighting along pathways, multi-use and protected travel lanes for cyclists and pedestrians, and other amenities that connect people to public transit, downtown areas and schools, according to a news release from the provincial government.

The grants program is part of the province's efforts to meet its CleanBC climate change goals. The B.C. government is also pitching the investments as a way to help rebuild the province's economy after COVID-19.

“People throughout B.C. have a real appetite for safe, alternative ways of getting around,” said Claire Trevena, B.C.'s Minister of Transportation and Infrastructure, in the news release. “One way to restart our provincial economy is to work with municipalities and Indigenous communities to support new active transportation projects.

“The funding we are providing will make it easier for people to connect and interact in their community, address the issues of climate change and congestion, and help with people’s physical and mental well-being," she said.

On the South Coast, three projects have been funded:

A full list of all the projects being funded around the province can be found here.