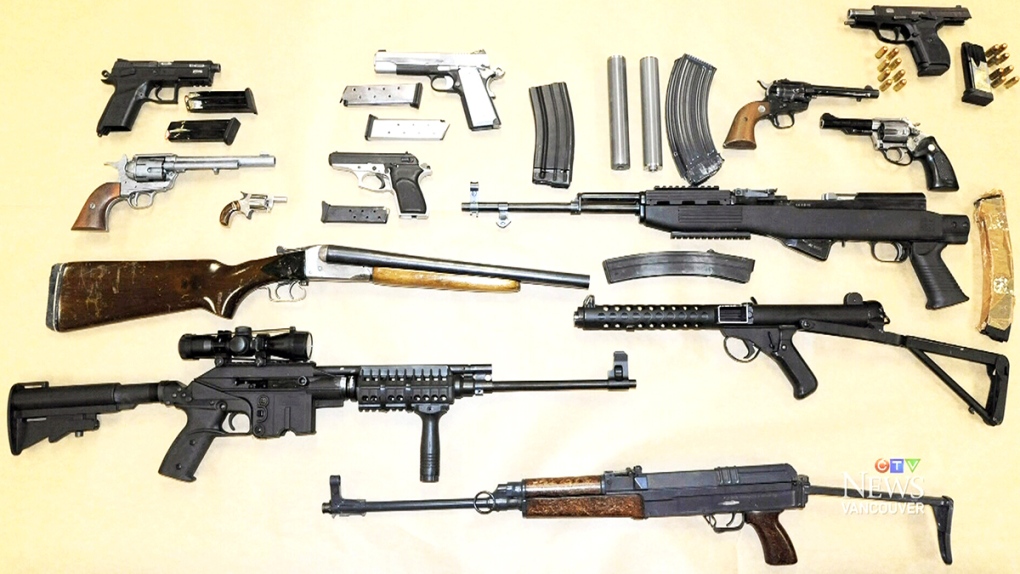 An arsenal of seized guns is seen in this May 2016 file photo.

For one month this fall, British Columbians are being given a chance to turn in old guns – including restricted and prohibited firearms – to ensure they never make it into the hands of criminals.

The province-wide amnesty program was announced Thursday by the Ministry of Public Safety, which said people will be welcome to unload any unwanted guns, other weapons and ammunition for the entire month of October.

“Stemming the flow of illegal weapons to gangs and the drug trade is critical to furthering public safety on our streets, and that’s why this amnesty is an important component of our expanded Guns and Gangs Strategy,” Minister Mike Morris said in a statement.

The amnesty will apply to any documented or undocumented weapons, except those that have been used for a criminal purpose.

Anyone interested in taking advantage of the program is told not to deliver them to police under any circumstance. Instead, people are asked to contact their local detachment and arrange for officers to come and retrieve their weapon or weapons.

All weapons and ammunition surrendered will be destroyed.

Past amnesties conducted in 2006 and 2013 yielded more than 5,000 firearms, according to the government, including 900 handguns, two machine guns, historical rifles and antique bayonets.

People also surrendered a rocket launcher and a military missile.