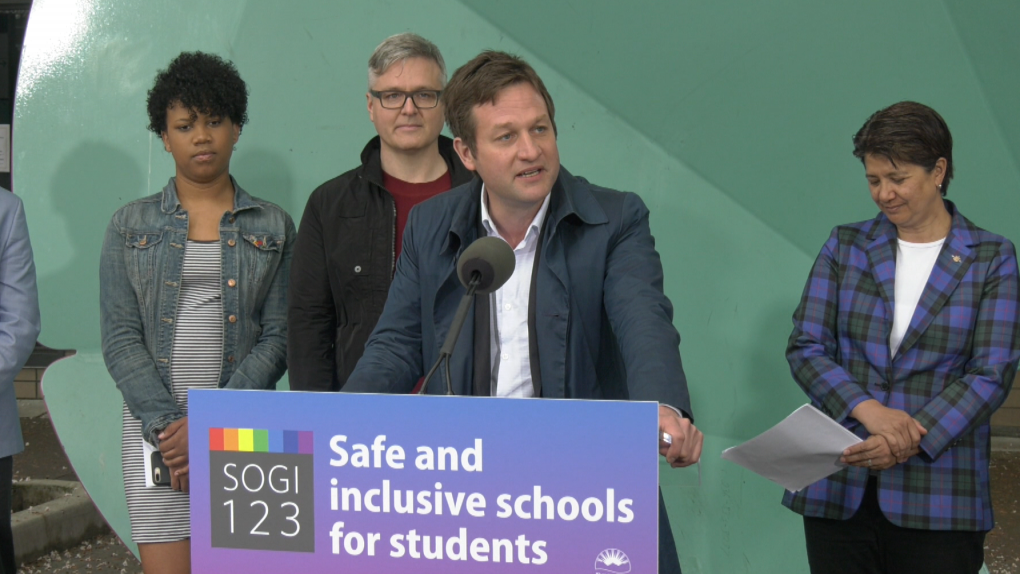 The province has announced a three year commitment to help teachers and staff make schools in the province safe and inclusive for all students regardless of their sexual orientation or gender identity (SOGI).

"All students deserve to be welcomed, to be included, to be respected to have a safe learning environment," said Education Minister Rob Fleming on Friday. "No student anywhere in British Columbia should be excluded or bullied based on their sexual orientation or gender identity and yet we know that still happens."

The BC SOGI Educator Network was launched as a pilot project in 2016.

In the beginning, there were only nine districts had committed to the program.

Now, all 60 British Columbia School Districts are now using the resources available within the SOGI 123 program.

According to a government release, 64 per cent of LGBTQ students across Canada still report facing bulling, violence and homophobic slurs.

"This is completely unacceptable today for families and kids in our province," said Fleming.

"They did not accept me" said Wilson, "And they told me I couldn't be who I was and that who I was, was wrong. It was an incredibly painful time in my life."

Now 16, Wilson is hopeful and excited about to be working with SOGI 123, a program within the BC SOGI Educator Network.

The program provides schools and teachers with ready to use, grade appropriate materials to educate and facilitate inclusion, understanding, respect and safe learning with in provincial schools.

"I'm hopeful that no other child will have to go through what I went through, and that we can create spaces and create schools where everyone can feel acceptance" said Wilson.

The province announced its commitment alongside 10 community partners and expects new and improved educational programs to be much more comprehensive for teachers and staff as well as parents.

"Today's event is an opportunity for us to come together to celebrate where we've been, how far we've come in terms of adopting SOGI inclusive policies and education into our classrooms," said Fleming. "It's still a day to remember how far we have to go."