The New Year started with depressing news for anyone house hunting in Metro Vancouver: prices have risen sharply, and there’s no sign of a slowdown.

The benchmark price of detached properties in the region, excluding Surrey and North Delta, rose to $1.29-million in January, says the Real Estate Board of Greater Vancouver.

The benchmark price is a measure the realtors say captures the “typical” house in a region, but the average selling price of detached homes was much higher last month – at an astronomical $1.82 million.

Benchmark prices rose at least 10 per cent in many regions in 2015, including West Vancouver, where the benchmark is $2.75-million, Vancouver’s West Side, at $2.94-million, and North Vancouver, at $1.37-million. 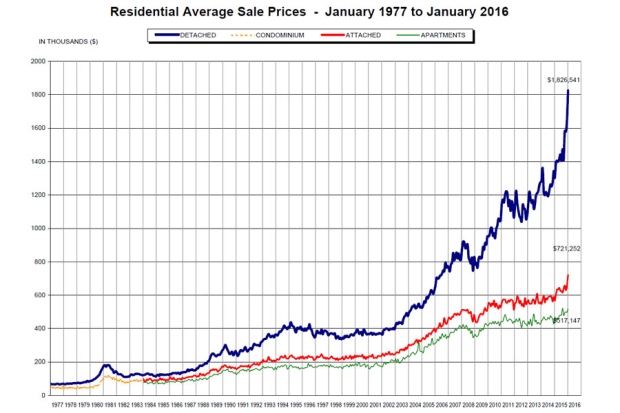 Sales of detached properties in the region has increased 34 per cent in the past year, according to the board, although the actual number of properties for sale is down by more than one-third in the same time frame.

REBGV President Darcy McLeod said there’s no doubt the region is in a seller’s market – and competition is keeping those seller’s in the driver’s seat.

“Home buyer demand is at near record heights and home seller supply is as low as we’ve seen in many years,” he said in a statement.

The new numbers were released the day after Premier Christy Clark promised to examine the issue of foreign home ownership in the upcoming election.

Clark says it’s still unclear how much of a role non-resident ownership is playing in the housing market, and people shouldn’t jump to conclusions. 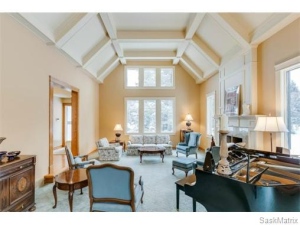 PHOTOS: 10 estates for the price of a Metro Vancouver home