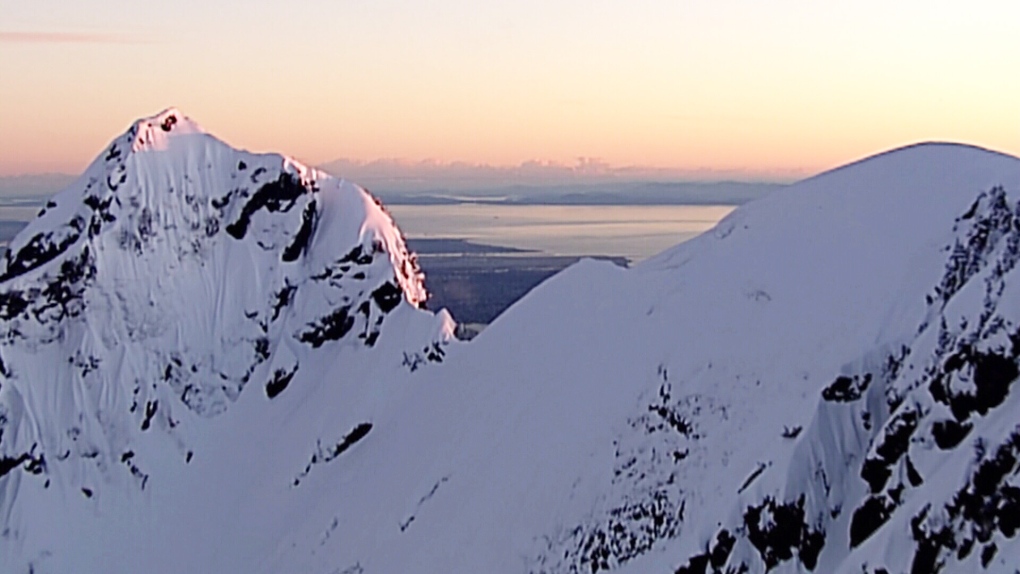 VANCOUVER -- With new snow settling on the North Shore mountains, a local rescue group is warning there's a high risk of avalanches.

Avalanche Canada explains a slab is a cohesive layer of snow that has settled on top of other snow that’s not as heavy or dense. If the slab breaks apart from the layer underneath, it can send large volumes of snow down the mountain, causing an avalanche.

To make matters worse, more snow and precipitation is on the way overnight, which could increase the hazard.

"Human-triggered avalanches are almost certain and natural avalanches up to size two with crowns ranging between 30 and 50 centimetres have been witnessed this morning," the notice said.

"Travel in avalanche terrain is not recommended."

Avalanche Canada says at least four large avalanches occurred Tuesday between Whistler and Pemberton, which also led to warnings being issued for that region. Three of them were human-triggered and two snow bikers who were reported missing were found dead.

"The Pemberton and Whistler RCMP would like to remind others thinking of heading to similar areas to carry proper equipment, be aware of local conditions and avalanche risk, and ensure someone is aware of the their location and plan," the Sea to Sky RCMP detachment said Tuesday, after the bikers were found.

And, on Monday, a skier was completely buried in an avalanche on Rainbow Mountain, near Whistler. The person was successfully rescued by others.

The avalanche information system says Wednesday's forecast has a high risk of avalanches in alpine and treeline areas. Even below the treeline the risk is "considerable."