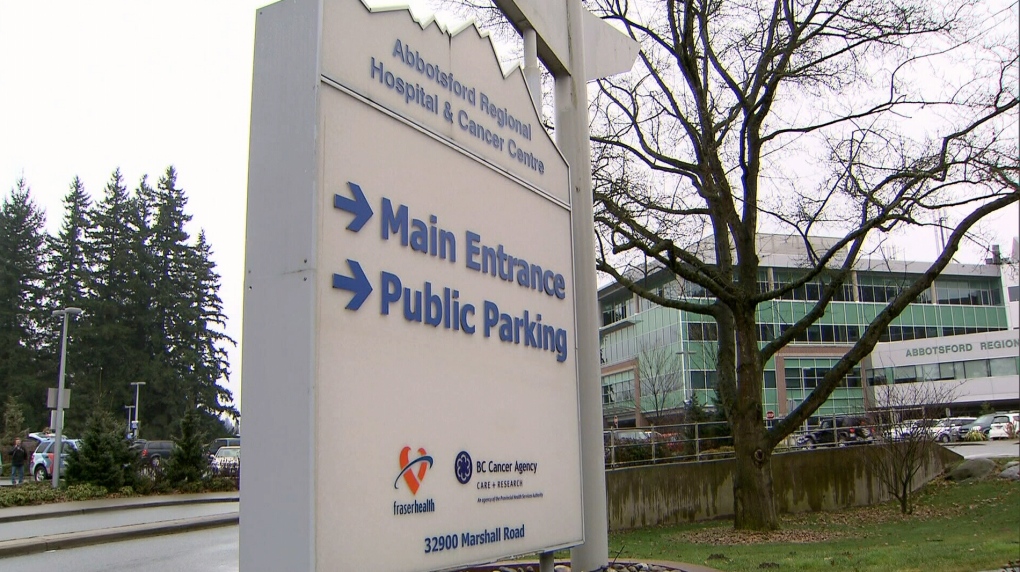 A disturbing attack that left a Fraser Valley nurse with a broken jaw this week has prompted calls for "immediate action" to address health workers' safety concerns.

The victim was working at Abbotsford Regional Hospital early Tuesday morning when a patient beat her with an exercise weight, according to the BC Nurses' Union.

The union, which described the attack as completely unprovoked, said the nurse was left with "a broken jaw, fractured cheek bone, damaged teeth, as well as other serious facial and head injuries."

"I’m deeply troubled by this latest gruesome and excessively violent attack on one of our nurses," union president Christine Sorensen said in a news release Wednesday. "It’s time the government steps up and provides funding so that health authorities can ensure safety protocols are in place and nurses’ safety is made a priority."

The union is calling for 24-hour security staff at hospitals, which it said has been implemented at some health centers with some success.

Abbotsford police confirmed that officers were called to the hospital Tuesday morning to investigate an attack on a nurse, and that a suspect has since been arrested and charged.

The troubling incident came days after the BCNU sent a public letter to Fraser Health CEO Dr. Victoria Lee that cautioned about "deteriorating conditions" at the Abbotsford hospital's emergency department, including a mix of overcrowding and staff shortages. A spokesperson said when nursing staff are too overworked, security protocols sometimes fall by the wayside.

The letter urged the health authority to work with the Ministry of Health to address the issues.

Though Tuesday's attack took place in another area of the hospital, the union said it highlights some of the "systemic violence" that nurses face on the job.

On Wednesday, Lee said she is "extremely concerned and saddened" by the latest attack on an employee.

"Our priority at the moment is to ensure she receives the appropriate care and support," Lee said in an email statement.

"Violence against any of our health care workers is unacceptable. As a clinician, I know that people come to work every day to help others, and are ready to care for the most sick and vulnerable members of our communities. We need to ensure as an organization we are caring for our health care providers."

Fraser Health said it has a number of safety measures in place across all its hospitals, including violence prevention training for all workers and extra security support for employees dealing with potentially violent patients.

At Abbotsford specifically, the health authority said it has added another security guard solely for the emergency department and additional surveillance cameras.

On a federal level, the BCNU said it's calling for stronger punishments under the Criminal Code for people who attack health workers.