'At the breaking point': B.C. truckers call on government to clear dangerous highways 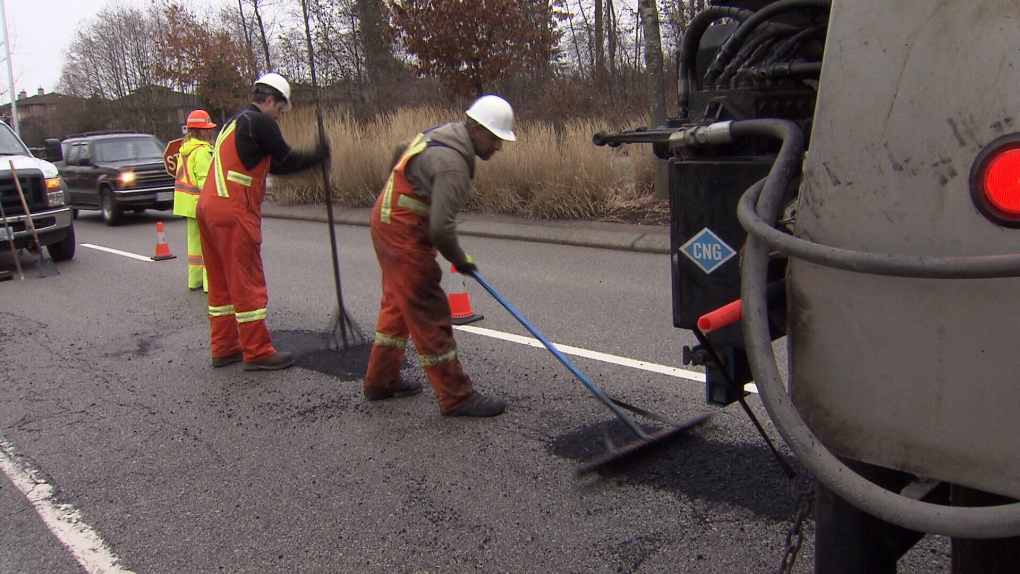 A group representing truck drivers is calling on the B.C. government to ensure highways are cleared of snow and dangerous potholes are fixed or goods will no longer be transported.

Ajay Toor, who speaks for the West Coast Trucking Association, says black ice and large potholes are creating hazardous driving conditions, which have resulted in several accidents over the past few weeks.

He says truckers are encountering black ice, particularly at night, and some are worried they're putting their lives at risk while on the job.

Toor says truckers who report harsh highway conditions on the government's DriveBC website are being informed that so many complaints are coming in that they should be emailing highway maintenance contractors instead.

But he says it's impossible for drivers to know which of 28 government contractors are in charge of particular highways across the province.

Toor says the association contacted the Transportation Ministry last month and has also reached out to members of the legislature but has had no response so they'll be holding a rally from Surrey to Vancouver next Saturday.

“This is really just to make the government wake up,” he says. “If not, then we're at the breaking point and we're going to stop our trucks.”

He says it's challenging for the drivers to put chains on tires in areas with piles of snow and low temperatures so it's up to the government to take action.

Toor says truckers who cross into Alberta are driving on cleared and repaired roads and he's at a loss to understand why safety concerns in the transportation sector don't seem to be a priority in his home province.

“In the morning, when the public (uses) the highways, they clean them,” he says, adding that's not the case at night when many truckers are crisscrossing major roads.

The Transportation Ministry in B.C. did not immediately respond to a request for comment.

This report by The Canadian Press was first published Jan. 16, 2022.

Portuguese authorities said on Wednesday they had identified five cases of rare monkeypox infection and Spain's health services are testing eight potential cases after Britain put Europe on alert for the virus.

The pathologist who conducted an autopsy on Chantel Moore says the 26-year-old Indigenous woman was shot twice in the chest, once in the abdomen and once in her left leg.

DEVELOPING | 'Somebody out there is missing this child': Remains of young girl found in water in Dunnville, Ont.

Women are almost twice as likely to be trapped in a car after a crash: study

A new study out of the United Kingdom has found that women are almost twice as likely as men to be trapped in a vehicle after a crash.