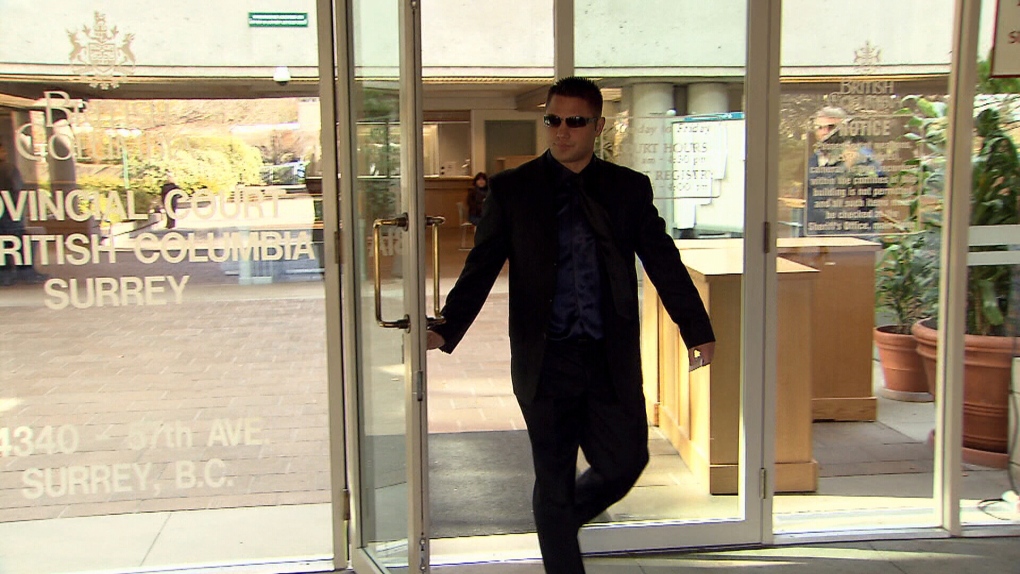 Documents released to CTV News from the federal parole board show a recently released gangster's request to move in with his girlfriend has been denied, at least for now.

Jarrod Bacon was released in June, despite serious concerns from the Parole Board of Canada, after serving a sentence for conspiracy to traffic millions of dollars' worth of cocaine.

The board met Tuesday to discuss recommendations from the Correctional Service of Canada regarding the conditions of Bacon's release. CSC had suggested the board remove a special condition, which required he live in in a community correctional centre or facility for six months.

Bacon sought to move in with his girlfriend at a residence where he'd have an established curfew and possibly be monitored electronically.

Instead, the board opted to prolong the residency condition for another six months, with members saying they believe he will present a risk to society if allowed to live on his own.

The board said since Bacon's release no breaches of his conditions have been reported, but that his behaviour is considered suspicious and his influence in the ongoing gang conflict is of concern.

"You are considered to be a high public safety risk," the board wrote in its decision.

However, the board said leave privileges will be granted to assist the development of a positive social network.

In addition to restrictions on where he can live, Bacon remains under five other conditions. He cannot associate with anyone involved in criminal activity or "drug subculture," nor can he consume, possess or purchase drugs other than medication. He cannot consume alcohol or spend time in bars, and must provide documented financial information to his parole supervisor.

The 35-year-old was a first-time federal offender when he was convicted in 2012, but the board said his criminal file was officially opened a decade before the cocaine conspiracy.

Notes from the board say his history includes fleeing from a peace officer, driving while disqualified, failing to comply with a probation order and possession of a prohibited or restricted weapon.

The document said Bacon's case managers say he's "maintained a criminal lifestyle over the years," and is considered a high-profile inmate.

According to the board, Bacon is a known member of the Red Scorpions and the Bacon Brothers gangs, and maintains ties with inmates known to be affiliated with the Hells Angels.

"Furthermore, according to documentation, you would have a considerable influence on the gang environment in the Lower Mainland region of British Columbia," the board said.

The board said he's displayed violent behaviour while in prison, requiring transfers to other regions for safety and security. However, his behaviour is said to have improved following one of his transfers.

Statistics suggest two of three offenders with characteristics similar to Bacon will not reoffend within their first three years of release, the board said, but his case management team believes his risk is higher.

When he was mistakenly released last year due to a technical glitch, he breached the special conditions in place at the time.

Bacon was taken back to prison after visiting a strip club with a person who has ties to organized crime, and allegedly giving police a fake identity and breaking a cruiser window.

Back behind bars, the board says he was involved in a series of violent assaults of three inmates and refused to explain why to his case managers.

Released in June, Bacon was living in a correctional centre.

"At first, you prioritized spending time with your loved ones rather than looking for a job, which led to several interventions," the board documents say.

"You finally involved yourself in doing full-time supervised volunteering… You explained that you wanted to give back to the community and avoid negative influences."

The board said Bacon reported the experience was positive, and allowed him to work on his attitude and humility. He then started taking classes in September, and appears motivated to earn his diploma, the board said. He's also participated in counselling.

However, it added, "Your understanding of your offence cycle is described as being superficial and academic, and cognitive distortions are still present."