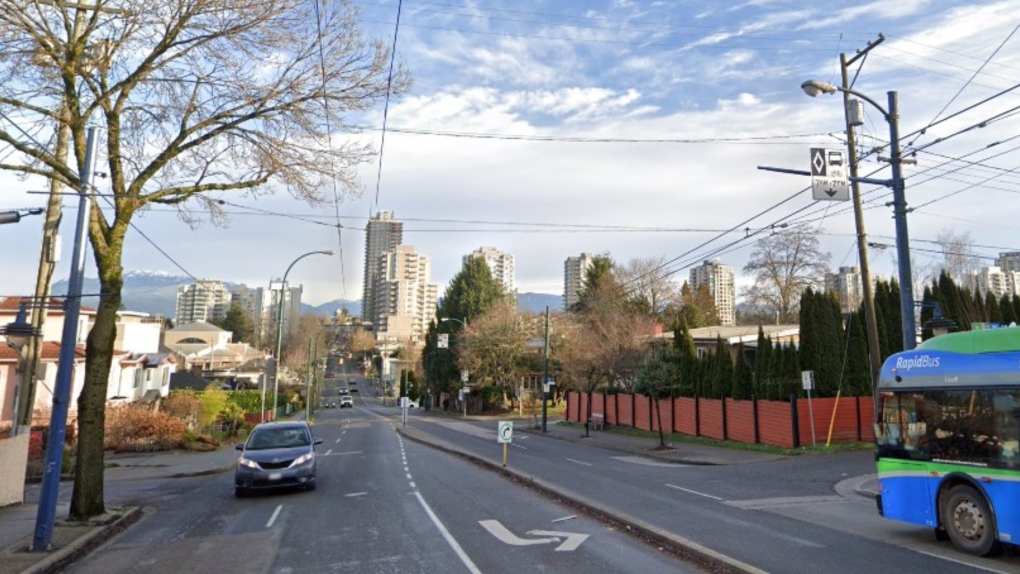 Joyce Street near Kingsway in southeast Vancouver is seen in an undated Google Maps image.

VANCOUVER -- An alarming assault on an Asian woman in southeast Vancouver this week is being reviewed by a police hate crime investigator.

Authorities said the victim was walking near Joyce Street and Kingsway on Tuesday evening when she noticed a man staring at her.

"Feeling frightened, she turned around and quickly walked away. The man followed her," the Vancouver Police Department said on its crime stories website.

"He grabbed her by the hair and pulled her backwards, then ran away."

A suspect was apprehended thanks to a witness who jumped out of his car and chased him down, police said. The Good Samaritan held the suspect until officers arrived at the scene.

Authorities said a man was arrested and taken into custody. Const. Tania Visintin confirmed the VPD has since recommended assault charges against him.

Hate crimes targeting Asian people have skyrocketed during the pandemic, including in Vancouver, which recorded a 717 per cent increase in those offences last year. There were 98 anti-Asian hate crimes reported in 2020, up from 12 the year before.