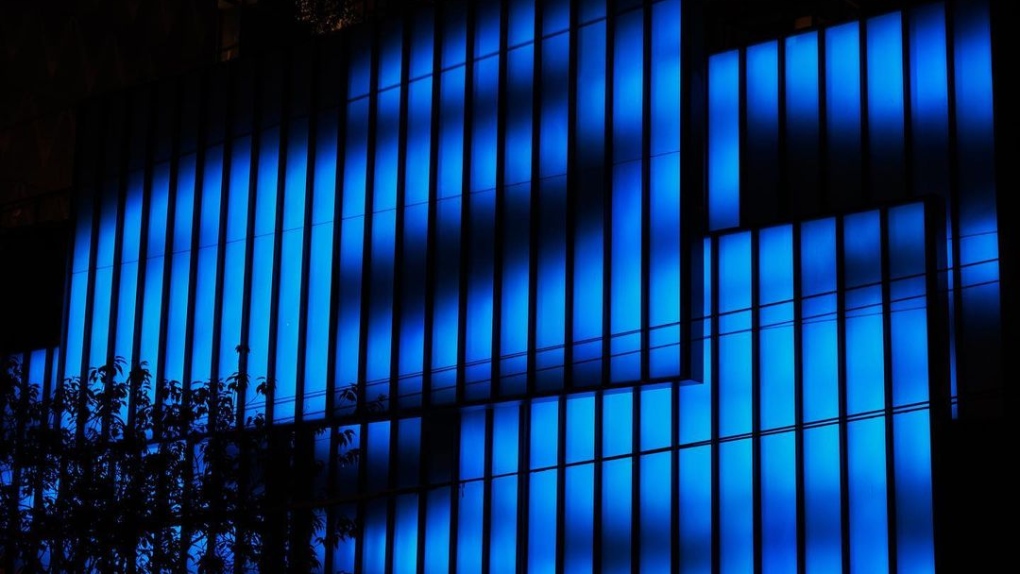 Vancouver's vibrant West End community is home to one of the city's newest public art installations, which was designed to light up the neighbourhood at sunset.

Campbell's work has been featured at several exhibitions across the globe, including at the Vancouver Art Gallery.

In a social media post Wednesday, Westbank Corp. stated that the installation was created to illuminate the building's facade with a series of animated light boxes that generate "a colourful and rhythmic display."

The installation, which is also called Zephyr, was designed to respond to its changing environment by illuminating at sunset according to the time of day and season.

"The colours of the display will also evolve over time," the post reads.

On their website, Westbank added that the state-of-the-art LED screens were inspired by the "beautiful natural environment and the colours and light of the West End" and Campbell's piece "will act as a living canvas."

While the installation's brightness is now quite subtle, that wasn't always the case.

In 2020 and 2021, several concerned residents complained about not getting any shuteye, when a programming issue resulted in bright white lights glowing late at night.

"Unfortunately, during testing, a technical error occurred involving a bypass system, and two lightpads were unintentionally left on. We sincerely apologize to the community and Safeway for this situation. We will be creating a 24-hour monitoring system to ensure the light installation operates only within programmed hours going forward,” Westbank told CTV News in a statement in March of last year, after the LED light display was kept on into the early hours of the morning.

Loretta Lynn, the Kentucky coal miner's daughter who became a pillar of country music, has died. Lynn's family said she died Tuesday at her home in Tennessee. She was 90.

Elon Musk drew backlash on Monday from Ukrainian officials, including President Volodymyr Zelensky, for his unsolicited advice on how to bring about "peace" amid Russia's ongoing invasion of the country.

Nearly 1 in 5 Canadians putting off buying a home due to inflation, high interest rates: survey

With high inflation and rising interest rates, a new survey has found nearly one in five Canadians say they're putting off buying a home.

Don Martin: An Alberta storm is brewing as Danielle Smith is set to become premier

The next premier of Alberta could well make Conservative Leader Pierre Poilievre look like a right-wing lightweight, Don Martin writes in an exclusive column for CTVNews.ca.

'It came in straight through the master bedroom': Transport truck slams into home in Nanoose Bay, B.C.

A transport truck driver was airlifted to hospital Monday after his truck slammed through a home in Nanoose Bay, B.C., narrowly missing residents.

A quarter of Canadians are looking to cash out their investments, survey finds

About a quarter of Canadians are losing confidence in the stock market and are now looking to cash out their investments, a new survey has found.