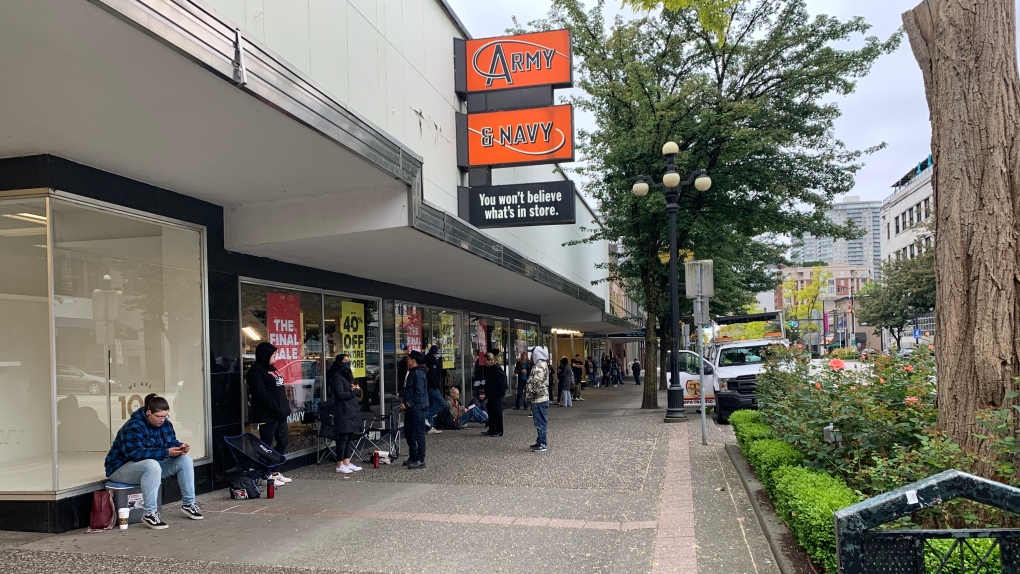 Customers line up outside Army & Navy in New Westminster for one final shoe sale before the store closes for good.

NEW WESTMINSTER, B.C. -- It's the end of an era for Army & Navy. The Vancouver department store chain is holding one final shoe sale before closing its doors for good.

Army & Navy closed all of its nine locations back in March due to COVID-19. Last month, it announced they would not reopen due to financial hardship during the pandemic.

A dozen people lined up outside the door at Columbia and Church streets at 6 a.m., four hours before doors were scheduled to open.

The first Army & Navy opened in 1919 on Hastings Street in Vancouver selling surplus goods from the war at discounted prices.