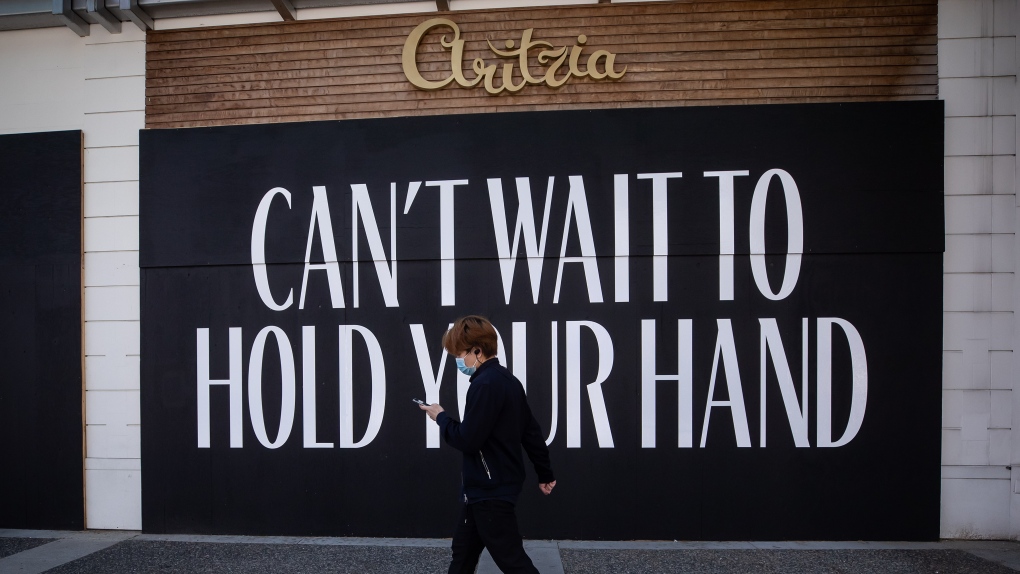 A message is painted on the boarded up windows of a closed Aritzia clothing store on Robson Street, in Vancouver, on Wednesday, May 6, 2020. THE CANADIAN PRESS/Darryl Dyck
VANCOUVER -

Aritzia Inc. beat expectations as its profits soared in its latest quarter on a 75 per cent increase in revenues.

The Vancouver-based clothing retailer says it earned $39.8 million for the three months ended Aug. 29, up from a loss of $900,000 a year earlier.

Revenues reached $350.1 million, compared with $200.2 million in the second quarter of 2020 as comparable sales grew 60 per cent to exceed pre-pandemic levels.

Aritzia was expected to earn 21 cents per share in adjusted profit on $296.2 million in revenues, according to financial data firm Refinitiv.

The company says its e-commerce revenue increased 49 per cent in the quarter, on top of the 82 per cent growth it saw in the second quarter of last year.

“The strength of our business across all geographies and all channels continues through the start of the third quarter. Looking ahead, expansion in the United States will be a leading driver of our growth,” stated founder, CEO and chairman Brian Hill.

Aritzia says it expects net revenues of $350 million to $375 million in the third quarter despite supply chain disruptions, labour shortages and the ongoing indirect effects of COVID-19.

This report by The Canadian Press was first published Oct. 13, 2021.