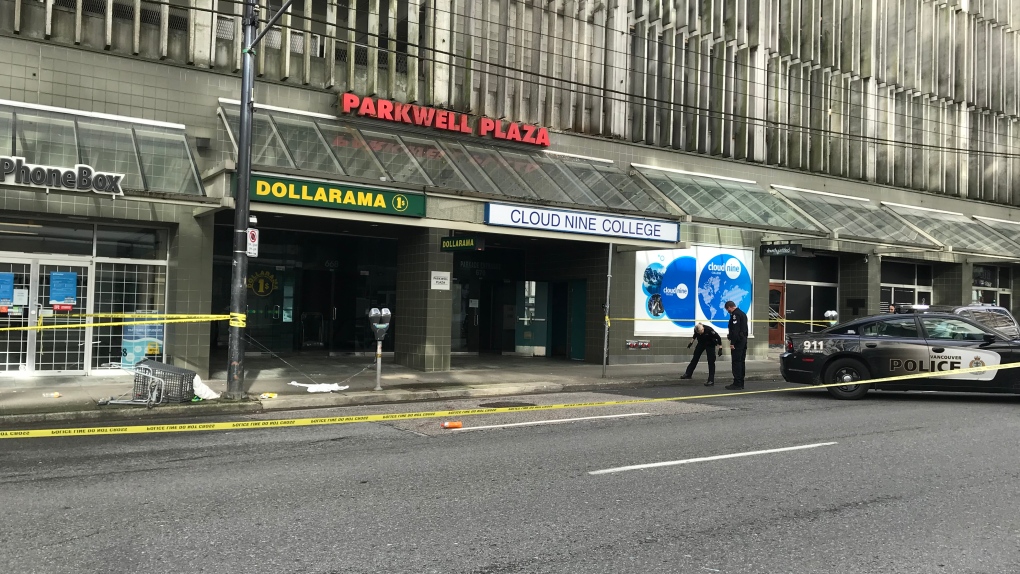 An altercation between two men turned violent shortly before 9:30 a.m., and the victim was injured in the incident.

Police were called to Seymour Street north of West Georgia Street, and found the victim with non-life-threatening injuries. Officers are still looking for a suspect, they said in a statement three hours after the incident was reported.

Following the stabbing, police tape could be seen blocking a section of Seymour outside Parkwell Plaza.

Blood was visible on the ground in one area, and officers appeared to be examining the scene outside the Dollarama and Cloud Nine College.

An overturned shopping cart was visible next to a parking meter, and discarded items were scattered on the ground.

An officer at the scene told CTV News the victim had been stabbed outside, then walked into the dollar store. He went down the escalator, and was found by police at the bottom.