Anti-racism and discrimination motions passed by Vancouver School Board 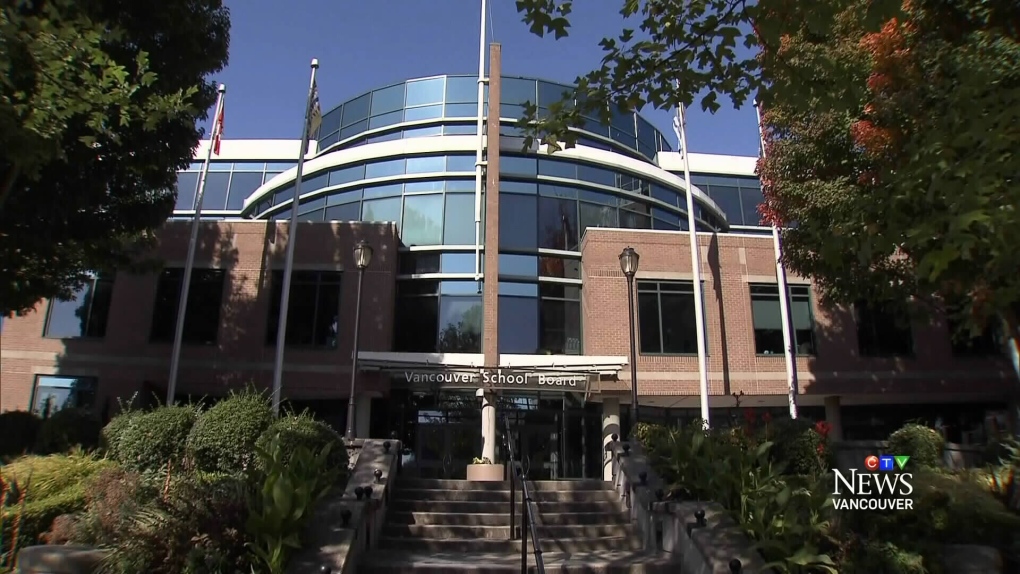 The Vancouver School Board offices are shown in a file photo.

VANCOUVER -- The Vancouver School Board voted in favour Monday night of two motions put forward following criticism for how a racist incident was handled.

The board approved a suggestion to create a strategic plan with actions to address racism and discrimination in schools.

Trustees suggested the plan include supports, and asked that students of colour be involved in its creation.

They also approved a motion which the VSB described on Twitter as informing "how acts of discriminatory student conduct can be improved, including consideration of impacts on students and restorative justice."

The votes came about two weeks after parents shared stories of frustration with the board at a meeting.

Those who were angry and emotional said they didn't like how a hate-filled racist video made by a student was handled.

The video, which was circulated on social media last year, was made by a boy who was at the time a student at Lord Byng Secondary School. He spoke about hating black people, and said he wanted to physically harm them.

The boy also used the N-word multiple times, a spokesperson for BC Community Alliance told CTV News earlier this month.

Parents said they raised the issue with the school, but felt that they were dismissed. One mother said she was told the racism was "not even directed to us."

Citing privacy reasons, the school board wouldn't comment on how the boy was disciplined, but parents said he was initially suspended for three days. Backlash from parents resulted in a longer suspension, and the boy eventually changed schools.

But before that, the parents said, at least two other students left the school because of the trauma the situation caused.

The school board's chairperson told CTV News on Dec. 5 that hearing from those impacted was a reminder that work still needs to be done, and that there was a need for a stronger framework guiding staff on how to deal with similar incidents in the future.