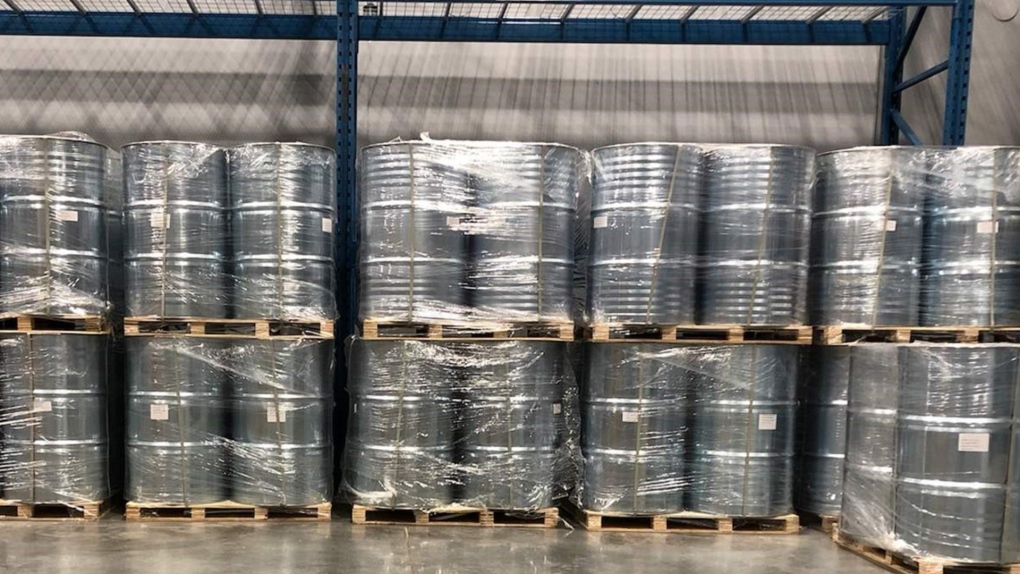 Dozens of seized drums are seen in an image on the Canada Border Services Agency website. (CBSA)

Border officers from the CBSA's Metro Vancouver Marine Operations found the substance while examining a "container of interest" back in February.

Testing has since determined it to be gamma-butyrolactone, or GBL, a Class A precursor under the Controlled Drug and Substances Act, the CBSA said.

According to a report by the World Health Organization, GBL can be "converted into GHB (date-rape drugs) in plain tap water without additional adjustments."

Altogether, officers seized about 17,853 litres of GBL, which the CBSA estimates has a street value of more than $1.8 million. Pictures provided by authorities show dozens of seized drums wrapped in plastic.

The CBSA said the investigation into the importers is ongoing.