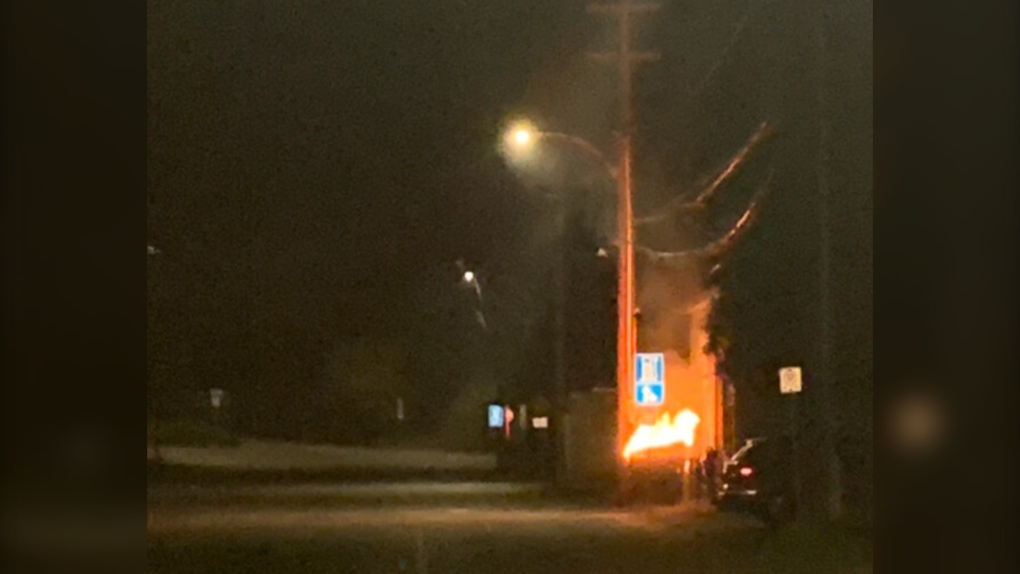 This photo of the dumpster fire in Summerland, B.C. early Thursday morning was submitted to Castanet News.
Vancouver -

Police in B.C.'s Interior have arrested a 55-year-old man for allegedly starting several fires in garbage cans and a dumpster overnight Wednesday.

The fires happened in Summerland around 2:30 a.m. Thursday, according to a news release from Summerland RCMP.

Summerland firefighters responded to the fires and extinguished them, police said, adding that all of the fires were set "within a short period of time."

The dumpster fire happened on Wharton Street, and two garbage cans at the nearby skatepark and one at a public pool were also set ablaze, according to police.

"Witnesses at the scene alerted police to a lone male observed walking away from one of the fires while carrying a gas can," police said in their release.

Soon, officers located the suspect walking along Prairie Valley Road and arrested him. Police said he is now facing "a number of charges related to arson."

The investigation is ongoing, and police are asking anyone who witnessed the incidents or has information to call Summerland RCMP at 250-494-7416. Tips can also be provided anonymously via Crime Stoppers at 800-222-8477.