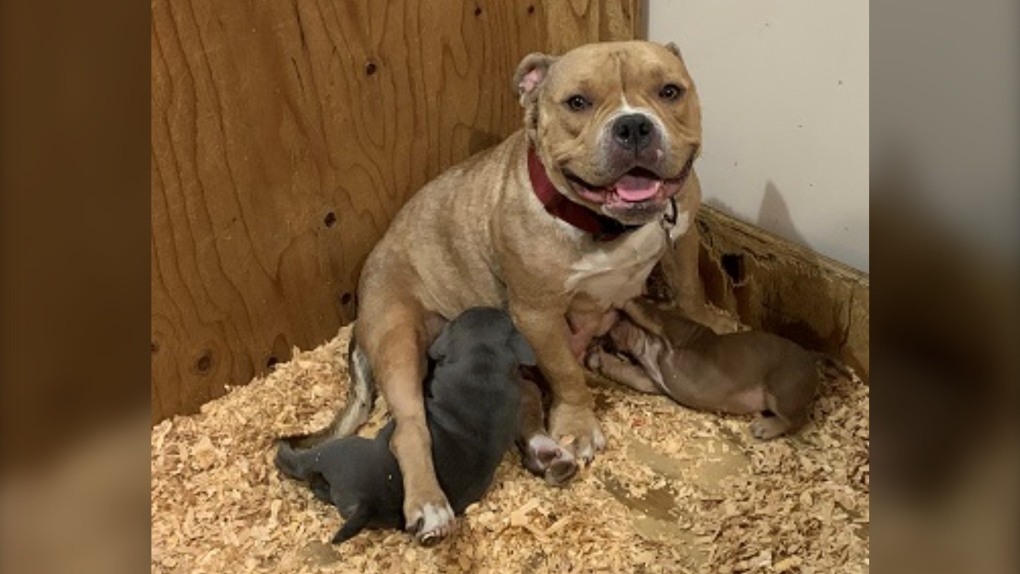 Mounties in Surrey say three puppies that were stolen from their home during a break and enter have been returned to their mom and owner. (Surrey RCMP/Twitter)

VANCOUVER -- Three puppies, stolen just over a week ago from their home, have now been returned to their mother.

The young American bulldogs had been taken during a break and enter on April 10 on 8 Avenue near 176 Street in Surrey.

One was returned to its family on April 12, and RCMP say the other two dogs were located on April 16 after a police investigation.

“The puppies were returned to their owner and then reunited with their mom,” reads a statement from the Surrey RCMP.

A photo released by police shows the mama bulldog nursing the recently returned puppies while beaming with pride as she looks up at the camera.

The first puppy to be returned, Rosie, had been recovered after it was purchased at a car show in Mission, B.C., police say.