Alcohol believed to be a factor in chain-reaction crash in downtown Vancouver, charges being recommended 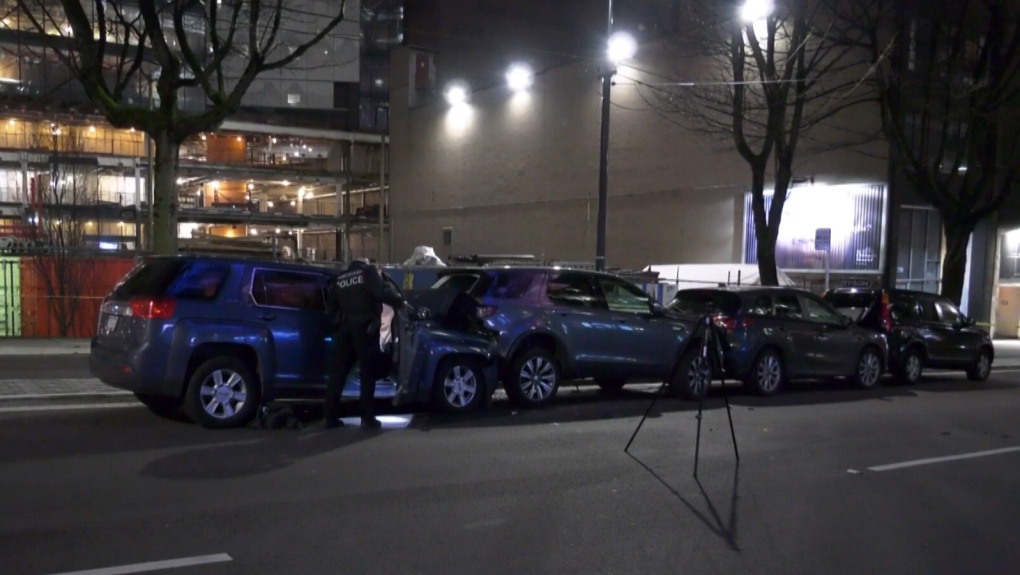 Police in Vancouver are recommending charges after a driver caused a chain-reaction crash of parked cars on Jan. 18, 2021.

VANCOUVER -- Police in Vancouver say they're recommending charges after a driver rear-ended a parked car downtown, causing a chain-reaction collision with other vehicles.

Vancouver police say a man was driving a blue GMC Terrain south on Richards Street at about 5 p.m. Monday when he crashed into a parked car near Georgia Street.

Images from the scene show that vehicle was then pushed into multiple other parked cars on the street. Officers had a section of the street taped off while they were on scene.

Police say alcohol is believed to be a factor and the 37-year-old driver was detained for an investigation. Charges will be recommended, Vancouver police say.

There were no serious injuries as a result of the incident.