VANCOUVER -- For most economy class travellers, a 14-hour flight from Vancouver to New Zealand only leads to sore legs and a cricked neck that a few inches of seat recline can't fix.

One airline that offers that direct, long-haul flight is hoping to provide an option for budget travellers with its new sleeping pods.

"This project is the culmination of around three years of really deep customer insights across all of our traveller types," said Nikki Goodman, Air New Zealand's general manager of customer experience in a video shared with media.

"Three areas really came up for us that were important to look at. One was being able to find a quiet mind, the second is really about being able to relax your body, so that's pretty tough in an economy seat if we're honest, and the last one is really the right environment."

Each of the sleeping pods – which will be at least two metres long – will have a full-sized pillow, sheets, a blanket, ear plugs and a privacy curtain. The exact location of the set of six pods hasn't been decided yet, but the airline said it will be in the economy class cabin. 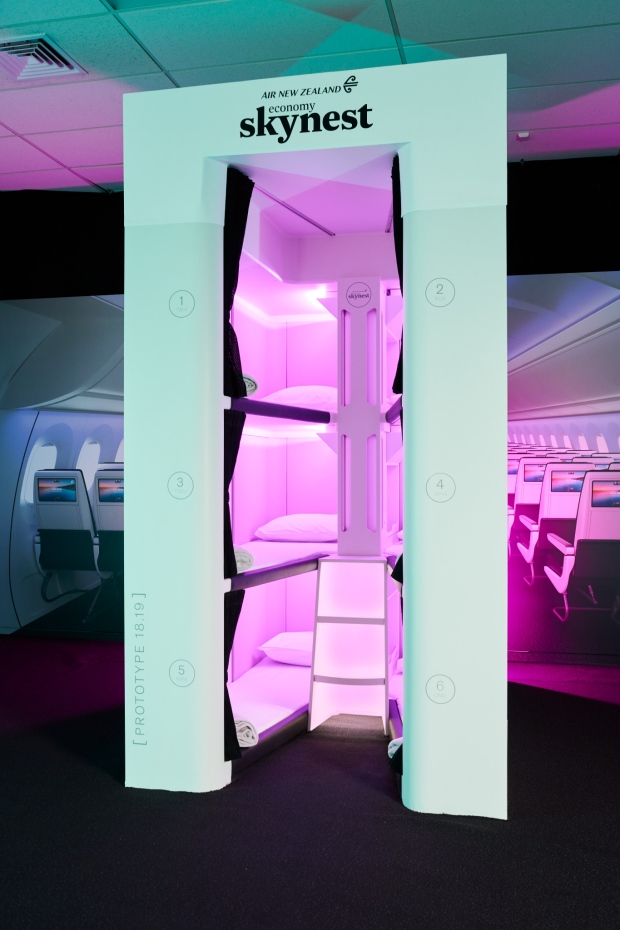 "The idea itself is not unique and is used in many forms of transport around the world. However, to install and put it on an aircraft and operationalize it and commercialize it is extremely difficult and challenging," he said.

While the patent for the pods was submitted Tuesday, Vancouver travellers may need to wait to test it out. The airline is launching a new direct service between Auckland and New York – a flight that can be over 17.5 hours each way – and it's planning to get more feedback from passengers about long-hail trips first.

The airline also hasn't detailed how much it'll cost a traveller to book a spot in one of the Skynest pods, with Goodman saying they "don't have a fixed view" on pricing, but a range they'll "start playing around with."

Air New Zealand said it will make its final decision whether to continue operating Economy Skynest next year, after it's assessed passenger feedback on the Auckland-New York flights. 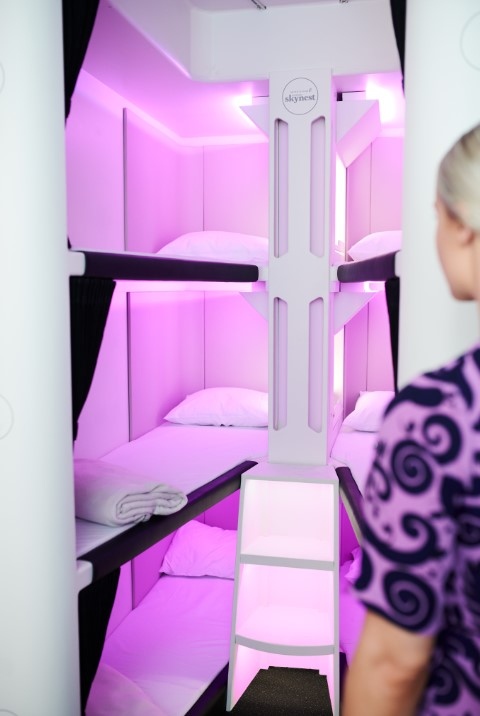