Airbnb collected nearly $43 million in PST, other taxes over 12 months in B.C. 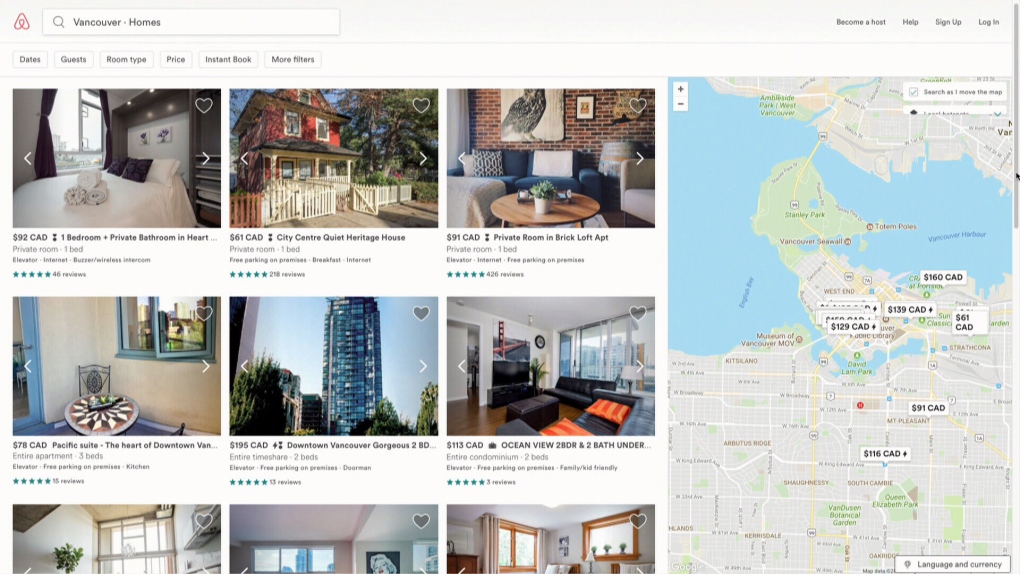 VANCOUVER - Airbnb collected nearly $43 million in taxes in the first year of its tax agreement with the province of British Columbia, the short-term rental company announced Wednesday.

The company said it collected and remitted roughly $33.7 million in provincial sales tax, plus another $9.2 million in municipal and regional district tax.

When it announced the tax collection agreement in February 2018, the provincial government said a portion of the PST collected on Airbnb rentals would be used to fund affordable housing initiatives.

The MRDT, meanwhile, is a tax on tourism services that is returned to the municipalities in which it is collected.

Roughly $3.5 million of the total MRDT collected on Airbnb rentals in the province was collected in the City of Vancouver, Airbnb said.

In addition to the taxes it receives through the company's agreement with the province, the City of Vancouver also requires Airbnb hosts to pay $49 per year for a business licence, and restricts short-term rentals to primary residences only.

In a news release, Airbnb Canada's director of public policy Alexandra Dagg said the company was "proud to be providing significant contributions to affordable housing and tourism promotion initiatives in British Columbia."