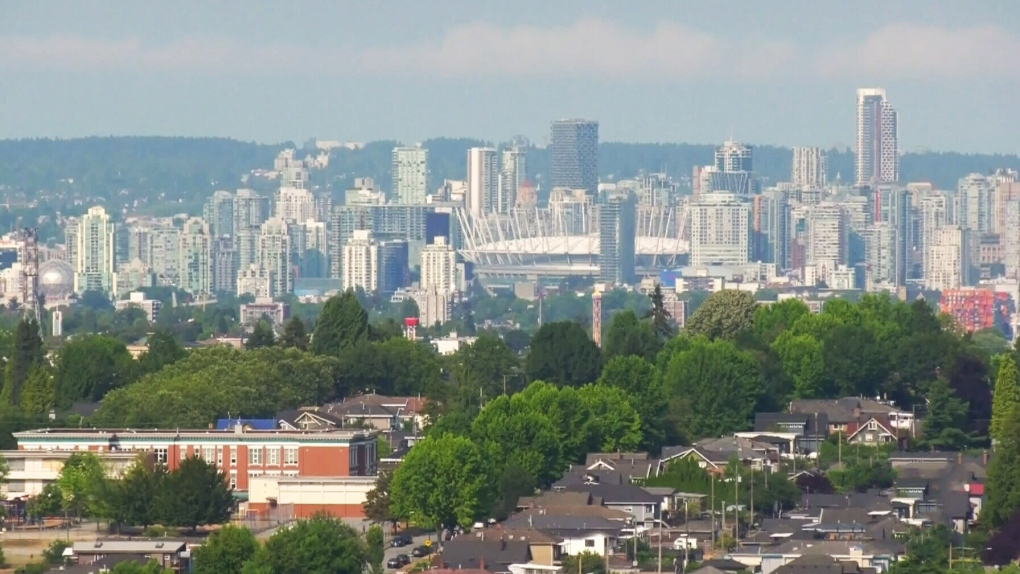 The cancellation, which came late Tuesday afternoon, comes even as wildfires continue to burn in the province’s Interior.

“Air quality has improved due to a change in the weather that is bringing onshore winds to help clear smoke from wildfires burning in the interior of B.C. and Washington,” reads Metro Vancouver’s statement.

The region had been under an air quality advisory since Aug. 1, as smoke tumbled into the region and made for hazy skies over the B.C. Day long weekend.

But even as the advisory lifts, those greyed skies are expected to continue.

“Smoke above ground-level is continuing to cause hazy skies throughout the region,” says the advisory.

Inside an Ontario ICU where the COVID-19 patients are largely young, and all unvaccinated

The truth of the fourth wave of COVID-19 in Canada is starkly clear inside the intensive care unit at Hamilton General, where the majority of the COVID-19 patients struggling on life support are young — and unvaccinated.

The government of Alberta has joined other provinces across Canada in announcing a proof of vaccination program as COVID-19 cases continue to soar to well over a thousand per day.

Thousands of Canadians will not be able to vote in the upcoming federal election because of the COVID-19 pandemic, Elections Canada said.

An Indigenous community on the Manitoba-Ontario boundary is welcoming clean, running water for the first time in nearly 25 years.

'We have a solution to the pandemic' Higgs tells unvaccinated; N.B. reports 63 new cases to set single-day high

As New Brunswick reported a one-day high of 63 new cases of COVID-19 on Wednesday, the province announced that it will require proof of vaccination starting next week to encourage more people to get vaccinated.

'I needed to do something': Western University students plan walkout amid sexual assault allegations

Students at Western University are planning to walk out of classes Friday as London, Ont. police investigate allegations of sexual assault at a first-year on campus residence.

Trudeau pressed on target for BIPOC representation in cabinet if elected

In an interview with CTV National News on Wednesday, Justin Trudeau said a Liberal government would continue to work to improve representation in Parliament for Black, Indigenous, and people of colour, but would not commit to a specific target as he did with gender parity in 2015.

The pace of climate change has not been slowed by the global COVID-19 pandemic and the world remains behind in its battle to cut carbon emissions, the United Nations said on Thursday.

Canada has now fully vaccinated 78.21 per cent of the country's eligible population.