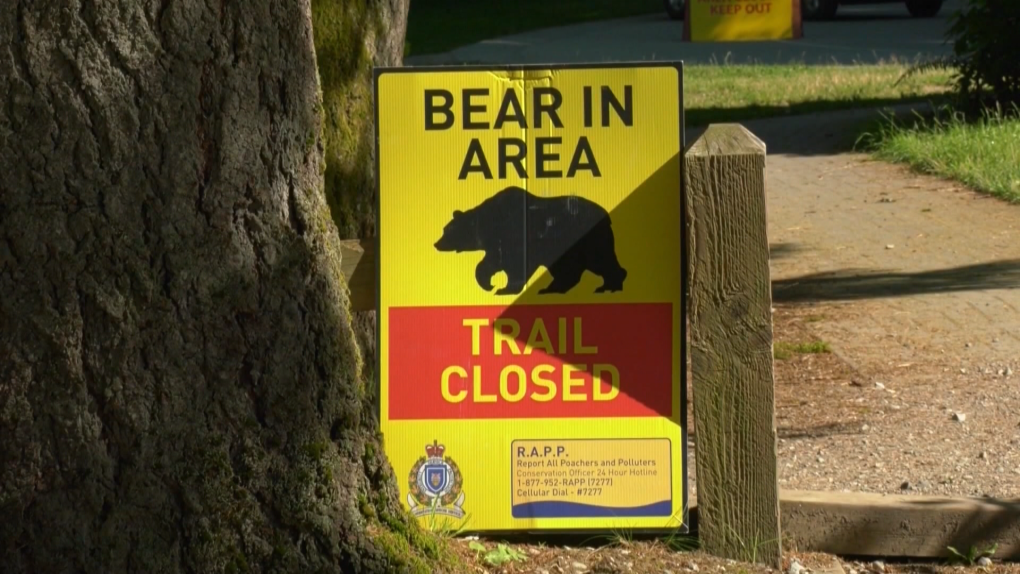 A sign posted in July 2020 warns of a black bear sighting in a North Vancouver park.

VANCOUVER -- A second Metro Vancouver regional park has been closed to the public a few days after a child was bitten.

Lynn Headwaters Regional Park was closed as of 7 a.m. Tuesday, following a request from the B.C. Conservation Officer Service.

The Lower Seymour Conservation Reserve is also closed at this time.

The update posted on Twitter by Metro Vancouver follows an incident at the reserve on Friday.

A black bear bit a 10-year-old girl as her family and a bystander tried to scare it away.

They'd been walking along the Rice Lake Loop trail at the time.

The girl was taken to hospital with non-life-threatening injuries, and no one else was injured.

Conservation officers said over the weekend that they believe the bear was food-conditioned and habituated to humans.

They said they'd received multiple reports of sightings of a small bear in the park, and that officers had found discarded food and garbage in the area.

Another black bear that had become habituated to humans was euthanized in Coquitlam over the weekend after chasing golfers at the Westwood Plateau Golf and Country Club.

Sgt. Todd Hunter told CTV News the animal was trying to get at food in golf bags, and had been seen at the course before.