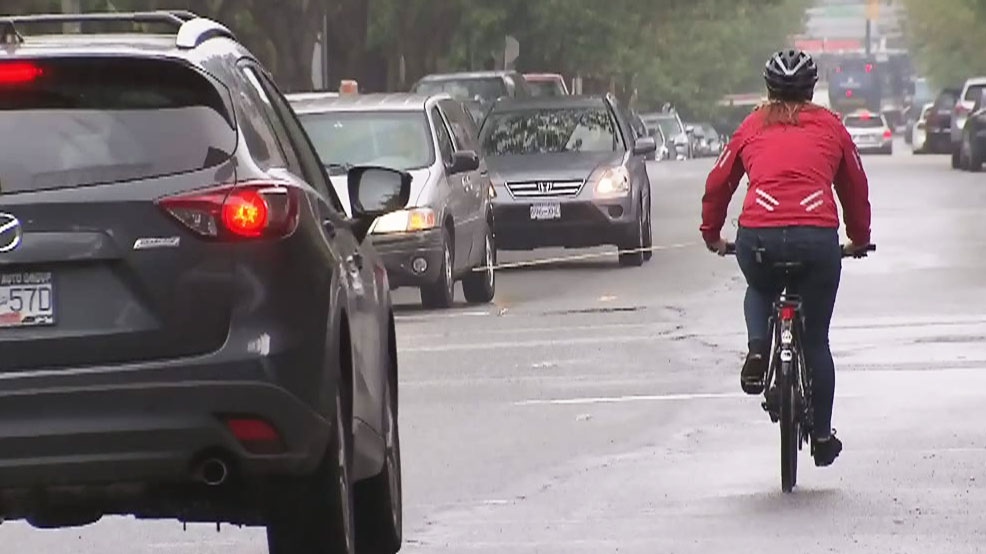 Cyclists who are concerned about their safety should don a specially designed high-visibility vest with an arrow to help stay safe on the road, according to new research from UBC Okanagan.

Gordon Lovegrove, an associate professor in the engineering department, and collaborator Takuro Shoji, say they were interested to see if communication was more important than visual aids when it comes to bike safety. They added an arrow to a reflective vest to convey a message to drivers: move over.

Their study, published in the journal Sustainability, claims to be the first paper in the world to study the role communication aids can play to help vulnerable road users (VRUs).

Researchers gave cyclists high-visibility vests with different designs, as well as no vests, and discovered that a vest with an arrow design pointing left was the most effective.

The study discovered that the arrow vest design reduced the number of traffic accidents between cyclists and drivers.

Part of their research, Lovegrove says, was fuelled by an interest in examining whether the advice of "be safe, be seen" actually helped cyclists.

He notes that bikers are recommended to have front and rear lights, reflectors and brightly-coloured clothing, but it doesn't necessarily help.

"This reflects a prevalent belief that visibility is the key to reducing vehicle-cyclist collisions," he said in a release. "While overall detectability on the road is critical, evidence suggests that current conspicuity aids cannot provide sustainable safety in their current form, and a more optimal design is needed."

The researchers call the results "promising," but add that they used a relatively small sample size, and additional work is required to further test their findings.