Accessible abortion care in Canada will be 'a long time in the making,' says UBC study co-author

Accessible abortion care in Canada will be 'a long time in the making,' says UBC study co-author 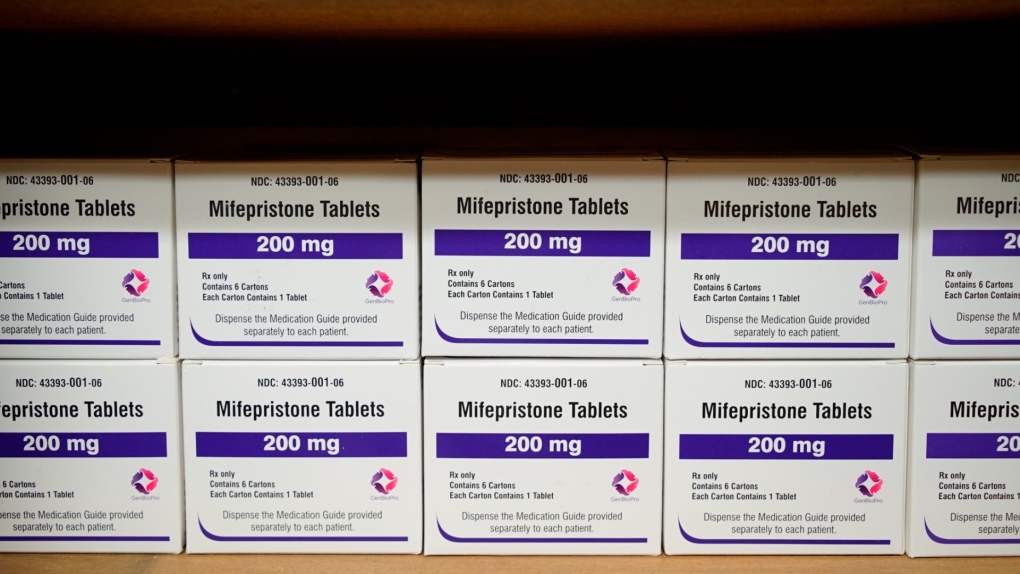 Boxes of the drug mifepristone line a shelf at the West Alabama Women's Center in Tuscaloosa, Ala., on Wednesday, March 16, 2022. (AP Photo/Allen G. Breed)

A new study is highlighting one pill's impact on abortion care in Canada, more than seven years after the country approved mifepristone.

Researchers from the University of British Columbia’s department of obstetrics and gynecology surveyed 465 abortion care providers in 2019, marking the first survey of its kind since 2012.

Dr. Madeleine Ennis, one of the study’s authors, says the goal of the survey was to track improvements to abortion care access since mifepristone became available in July 2015.

“In 2012, we were seeing most abortions being provided were surgical and happening in urban centres and high-volume clinics, so anyone located in rural or remote areas were going to have a harder time accessing abortion care,” says Ennis.

Before the arrival of mifepristone, a 2021 UBC-led study found only 2.2 per cent of abortions were provided using medication. But even after the drug’s approval, patients still faced the barrier of mandatory ultrasounds, as well as the requirement that specially trained physicians had to administer the pill inside a hospital.

In 2017, Canada became the first country in the world to remove all restrictions around distributing and administering the drug.

“I’d say we’re heading in a really good direction in improving access, but it’s slow, gradual progress. We’re still not in the ideal place,” Ennis says, adding Canada will reach that point once people living in rural and remote areas can access surgical and medical abortions close to their home.

“We can take steps forward, but we can also take steps back as we’ve seen in the US. I think this is going to be a long time in the making.”

She hopes this national survey will help educate the general public, highlight gaps in services to policy makers, and inspire more health-care professionals to undergo training so they can offer abortion services.

According to the Society of Obstetricians and Gynaecologists (SOGC), one in three Canadian women, non-binary and transgender people will have an abortion, making it the second-most-common reproductive health procedure.

Preventable diseases like measles could follow trends seen elsewhere in the world and spread quickly in Canada due to a drop in routine vaccinations during the COVID-19 pandemic, say pediatricians who are urging parents to ensure their kids are fully immunized.