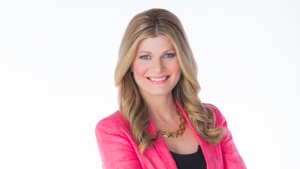 Norma Reid is the Breaking News/Late News Anchor for CTV News at 11:30 p.m. at CTV Vancouver.

Norma has been a journalist for nearly a decade. Her live reporting from CTV's Chopper 9 during the 2011 Stanley Cup Riot helped CTV BC team win the prestigious Edward R. Murrow Award for Overall Excellence.

As a reporter Norma has covered major news stories such as the 2010 Olympic Games; the RCMP shootings in Spiritwood, Saskatchewan and the hunt for Ryan Jenkins, one of America's most wanted men.

It doesn't matter the story, Norma will find a way to tell it.  When victims of the Japan earthquake arrived in Vancouver, Norma was one of the first on scene at YVR to tell their stories. She has spent nights in the Downtown Eastside; reported from the Odyssey the night the legendary club closed its doors; and for weeks Norma rode the wave of excitement covering the 2011 Stanley Cup playoffs.  But her heart is in breaking news. As News Anchor and Co-Host of CTV Morning Live, Norma anchored live major breaking news including hostage takings, the Prince George mill explosion, and the aftermath of the 7.7 earthquake that shook B.C.'s north-central coast in 2012. She's covered international stories such as the 2012 U.S. Presidential Debate and the resignation of Pope Benedict XVI.

When not working, Norma spends a great deal of time volunteering with various charities and organizations in the Lower Mainland including the Kids Help Phone, BC Oral Cancer, Union Gospel Mission, CH.I.L.D. Foundation and the Richmond Animal Protection Society.

Norma is a proud graduate of the University of Regina School of Journalism.

She grew up on her 4th generation family farm in Smeaton Saskatchewan, where she spent most of her time in the rink because she was a competitive figure skater. Born and raised in Canada, Norma is also a dual American citizen.

Norma lives in the West End with her husband. She loves the outdoors and her family's cabin in Northern Saskatchewan.

When she's not engaging with her followers on Twitter, Norma is in Stanley Park on her bike.